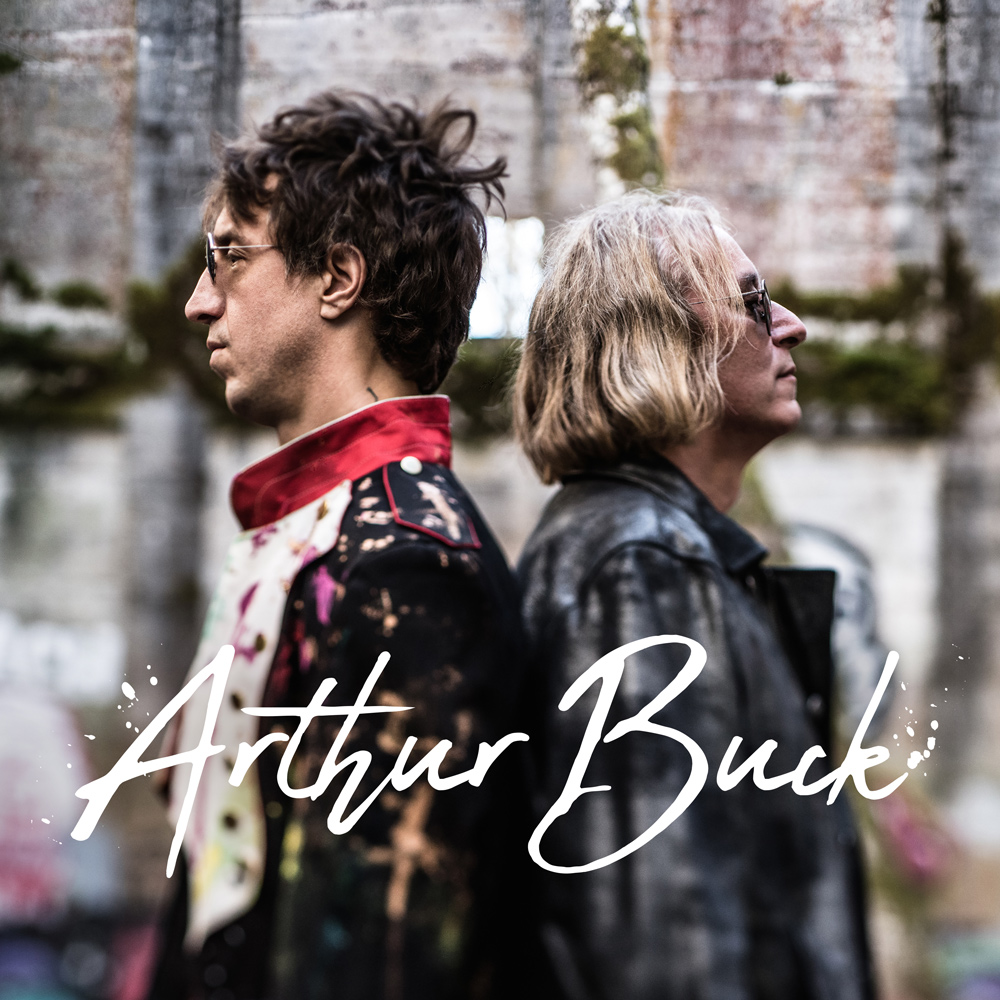 Listen to ‘I Am The Moment’
https://youtu.be/FGm8v_YnVE4

Joseph Arthur and Peter Buck, (of R.E.M. fame) will release their debut album, Arthur Buck, on June 15th, 2018 via New West Records. The 11-song set was produced by Joseph Arthur and mixed by Tchad Blake (U2, Arctic Monkeys, Pearl Jam, The Black Keys) with all of its songs co-written by the duo.

The collaboration was established after the pair met up in Mexico near the end of 2017. They wrote eight songs in three days and on the fourth day, performed them for a handful of Baja locals near Buck’s home.

Arthur says, “My first thought was, ‘Hey, I’ll get Peter to play acoustic guitar on some of the stuff I’m working on!’ So I started showing him songs. But he was like, ‘That’s cool. Now check this out.’ And he started playing chords and whatnot.  So I put my guitar down and began singing over his changes, and it was magical. It was easy. And these great songs just started popping out.”

Since their initial meeting, the pair have been steadily working on their debut with basic tracks being recorded at Type Foundry Studio in Portland, OR with Arthur producing at his studio in Brooklyn, NY. The vibrant collection captures the spontaneity at the heart of the project – right down to the 1-2-3-4 count off from Buck that begins the proceedings – with sounds and styles mashed together in a unique and interesting manner.

“It was all new songs, and it was spontaneous,” Buck says. “And the great thing about working that way was that it didn’t have to be anything in particular. It was liberated from any expectation. It was free.” The album opens with “I Am The Moment,” which marries Buck’s sharply-strummed acoustic guitar chords to an electronic beat, with all manner of sonic ephemera ping-ponging around in the background.

The two musicians have a history that stretches back decades; among other pairings, Arthur opened many shows for R.E.M. in the early 2000s, while Buck has backed Arthur on numerous occasions. Both Arthur and Buck have said that these songs differ from their other recording projects and while speaking with Rolling Stone last month, Buck said “It was really spontaneous and kind of magical in its own way, as [being in Mexico] we were kind of disconnected from everything.” Arthur added, “All of a sudden it was like I had this musical partner and friend, and that relieved the music of the burden of the self, if that makes sense.” Of his new bandmate, Buck stated, “Joe is going through that searching period we all go through in life. And those experiences he’s having make this a very forward-looking record, lyrically. The music has a questing kind of feel. We were making it up as we went along.”

Tour dates are in the works for Arthur Buck and will be announced shortly.

1. I Am The Moment
2. Are You Electrified?
3. The Wanderer
4. Forever Waiting
5. If You Wake Up In Time
6. Summertime
7. American Century
8. Forever Falling
9. Before Your Love Is Gone
10. Wide Awake In November
11. Can’t Make It Without You