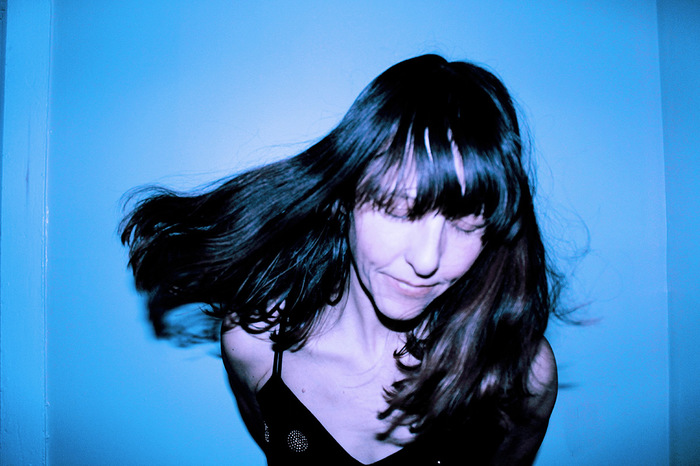 SHARES VIDEO FOR “TEXAS,” NEW SINGLE OFF ANGELS OF DEATH,
OUT 18 MAY ON PARADISE OF BACHELORS

“Castle’s music is not so much of the earth as floating above it, untethered to the natural order of time and space. Her songs live in that gray area where observation mutates into rumination, and where the physical world dissolves into psychic terrain.” – Pitchfork

Angels of Death is the third full-length album by Canadian songwriter Jennifer Castle—her first for Paradise of Bachelors, due out 18 May. On the heels of presenting “Crying Shame,” the album’s “enchanting lead single” (The FADER), she now shares “Texas” and its accompanying video directed by Davida Nemeroff. Castle, notoriously private, opens like a desert flower for Nemeroff, and is captured unhinged and candid, a glimpse only a true pal would see. We find both artists at home in the dusty terrain that inspired the song.

The video was premiered via Uproxx, who wrote: “Castle’s music is otherworldly, with a sanguine sense of certitude and deep-rooted keenness.”

A sublime meditation on mortality and memory, ghosts and grief, Angels of Death casts a series of spells against forgetting and finality, in the form of mystic-minimalist country-soul torch songs about writing, time travel, and spectral visitations.
Castle wrote and recorded this breathtaking follow-up to the acclaimed Pink City (2014) in a 19th century church near the shores of Lake Erie, where her family also lived and experienced a constellation of losses, struggles, and hard-won growth. The residue of those changes inhabits these bruised musings. We have, all of us, survived these types of ordinary interpersonal traumas, but they are no less devastating or meaningful for their universality.
Over the course of her fruitful career in music, Castle has collaborated with U.S. Girls, Owen Pallett, Doug Paisley, Fucked Up, and Kath Bloom; she has toured with Destroyer, Steve Gunn, Cass McCombs, Kurt Vile, Iron & Wine, and M. Ward, among others. Daniel Romano has even recorded a song called “Jennifer Castle.” But never before has she sounded so certain of her uncertainty, or so possessed by the urgency of her explorations.