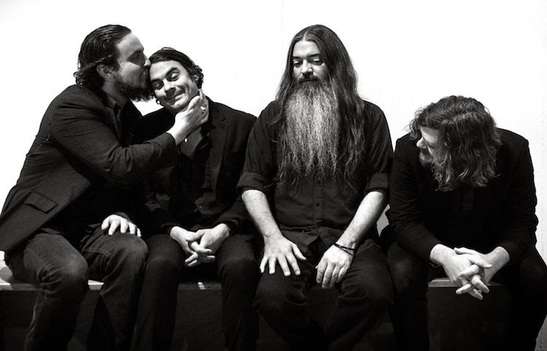 JAYE JAYLE ANNOUNCES NO TRAIL AND OTHER UNHOLY PATHS, NEW ALBUM OUT ON JUNE 29TH ON SARGENT HOUSE
IMMERSE YOURSELF IN THE SMOKEY, HYPNOTIC SONG “ODE TO BETSY”

Jaye Jayle, Evan Patterson’s Americana-noir project, has not only opened a new chapter for the Young Widows frontman—it’s blossomed into a universe all its own. The newest arc in the Jaye Jayle narrative has been revealed with the announcement of the band’s latest album No Trail And Other Unholy Paths, set for release June 29th via Sargent House. The album’s first single— the smoky, hypnotic track “Ode To Betsy”— is now streaming.

Beginning as a flurry of 7” singles housed in bare-bones dust jackets, Jaye Jayle has evolved into a captivating persona alterna for the Louisville-based singer-guitarist. Imbuing negative space with hallucinatory mantras, Patterson has embraced his strengths as a storyteller while trekking into thickets of unmarked sonic terrain. With his cohorts Todd Cook on bass, Neal Argabright on drums, and Corey Smith on auxiliary instrumentation, Jaye Jayle unfurls a tapestry of neo-folk economy, krautrock-esque repetition, skid row’s darkest blues, Midwestern indie rock’s nihilism, and Tangerine Dream’s analog oscillations.

Produced by Dean Hurley, David Lynch’s music supervisor of the last twelve years, No Trail And Other Unholy Paths has transcended the album format, elevating itself to a choose-your-own-adventure experience. Patterson notes that the album bears no specific beginning or ending—Side A and Side B are meant to be interchangeable. The album could open with the fluttering instrumental “No Trail,” or the slow burning synths of “As Soon As The Night,” even the spectral push-pull of “Marry Us,” featuring Emma Ruth Rundle’s spellbinding vocals. Regardless of track sequencing, No Trail And Other Unholy Paths is an album that drives its aural dimensions to the absolute threshold — and then some.

No Trail And Other Unholy Paths is available for preorder via Sargent House here. 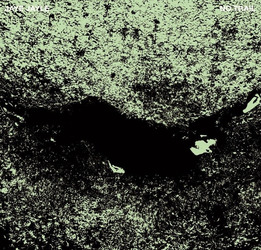 No Trail And Other Unholy Paths — Track Listing:
1. No Trail Path One
2. No Trail Path Two
3. Ode To Betsy
4. Accepting
5. As Soon As Night
6. Cemetery Rain
7. Marry Us
8. Low Again Street
“Jaye Jayle is a fantastic, sprawling cinematic exploration of dusty isolation and growling arid torch ballads through a Ennio Morricone prism.” – LEO WEEKLY
“Propulsive songs about the devil and death by car crash abounded… the band’s moody sound struck me as a prime candidate for a Twin Peaks season four Roadhouse band.” – YARDHAWK