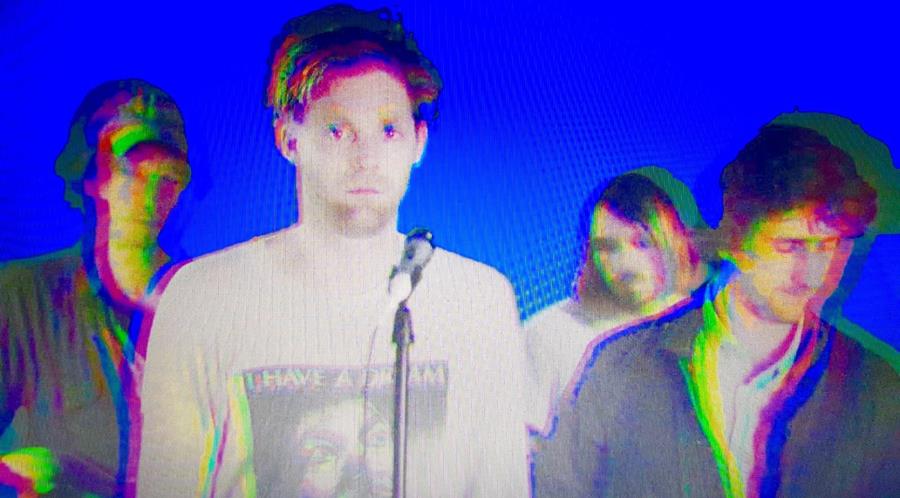 “New single ‘Rantra’ is an absolute riot, a flirtatious, rambunctious indie stomper with a chorus will stay nailed on to your sub-conscious for days.” – Clash

Following a UK tour with Mystery Jets and The Big Moon, along with the critically acclaimed success of their 2016 eponymous debut EP, singles from which were played on BBC Radio 1, BBC Radio 6 music, BBC Radio London and Radio X among others. London based indie-rock quartet HOO HAs are now gearing up to release their first piece of new material in two years with their riotous new single, ‘Rantra’.

Much like their previous releases, ‘Rantra’ is full of thunderous no-nonsense guitar hooks and anthemic shout-along vocals, however, whereas their last EP was seemingly split in two, exhibiting different styles in each half, the new single is all together more multifaceted. Still calling to mind the likes of Blur, Art Brut and the golden-era of NME indie. You can also hear the subtle incorporation of their more progressive elements in both the songwriting and instrumentation, evoking hints of Captain Beefheart-esque psych-infused undertones.

The driving force behind HOO HAs songwriting remains its idiosyncratic simplicity. The lyrical content retains the same beguiling 90’s style British nonchalance in their candid and sharp delivery of twisted truths and would-be adages. ‘Rantra’ continues their brutally honest self-evaluation and tongue-in-cheek off-kilter narratives of everyday anxiety, whilst combating it with wit and dark sarcastic observations.

Lead vocalist Jamie says of the song, “Rantra is a spewing out of emotion. An argument in real-time. The fight before the fuck. San Diego through drunk glasses. The arrogance of the artist. Swells of noise coming like waves of adrenaline. You know the usual stuff…”

HOO HAs continue to go from strength-to-strength with each release, and with a vast range of critical acclaim and an array of renowned live shows behind them, ‘Rantra’ stands as a huge and refreshingly original statement of intent, which is not to be ignored.