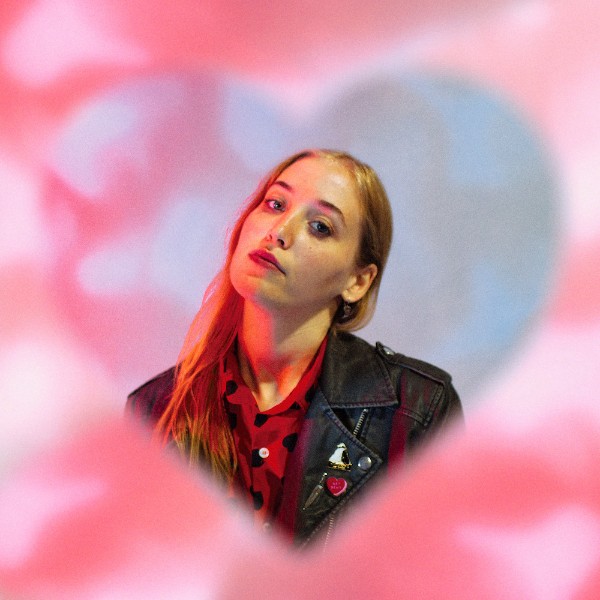 Following her breakthrough debut singles ‘Try’ and ‘Sure’, Brisbane artist-on-the-rise Hatchie has announced her highly anticipated debut EP, ‘Sugar & Spice’. The EP will be released amidst a flurry of UK shows on Friday May 25 via Heavenly Recordings and the title track is online now, accompanied by a new video.

The video for “Sugar & Spice” was made by Hatchie band-member Joe Agius, with Harriette Pilbeam – the artist behind Hatchie – commenting: “Joe and I spent about an hour filming with the guys and two days drawing for the video. It’s such a fun short song, so we wanted something simple and colourful, and less serious than our previous videos. Joe came up with the concept and we took inspiration from our old school scrapbooks.”

Speaking of the EP, Pilbeam says: “After writing music that never felt cohesive or special enough to warrant its own venture, ‘Try’ marked a shift in my writing style I wasn’t expecting. I wrote it in early 2015, followed quickly by ‘Sleep’ and ‘Sugar & Spice’. They were written more for myself than for a specific project, in an effort to explore feelings of vulnerability and ecstasy I had previously suppressed. I wanted these songs to sound lush, sparkly, and recreate euphoric feelings I experienced falling in love for the first time. I reworked my demos with Joe Agius, whose production and writing additions achieved the perfect sound I was searching for, giving me confidence to start taking the songs more seriously and continue writing.

The songs on ‘Sugar & Spice’ were all written without much thought or pressure from myself or anyone else, allowing me to lay my feelings out like I’ve never done before. Joe & producer John Castle helped shape the sound you can hear in each track, bringing life to each song in its own special way.”

The release comes hot off the back of a remarkable nine months for Hatchie. After signing to Ivy League Records for Australia/New Zealand, Heavenly Recordings for UK/Europe and Double Double Whammy/Polyvinyl for North America, and recent performances at SXSW, the international demand will see Hatchie embark on a huge run of shows. The UK leg in May will take in festivals such as Live at Leeds, Liverpool Sound City and The Great Escape as well as a string of London shows.

Hatchie is the world of Harriette Pilbeam. To hear her music is to step inside her mind; a dreamy landscape where cascading synths, jangling guitars, propulsive rhythms and white noise undulate beneath undeniable and irresistible pop melodies. Rather than focusing on the external world of her daily life in Brisbane, Pilbeam instead turns her gaze inwards, making a soundtrack out of her daydreams, setting her emotional life to song.

Having played in her friends’ bands in Brisbane, Hatchie is Pilbeam’s first foray into solo territory, something she seems undaunted by. “I feel like I’m only just beginning to really assert myself in the world and the Hatchie project has forced me to reassess and make so many positive changes,” she says. “When I look back on this period of time, I think I’ll see Hatchie as a huge evolutionary force in my life.”