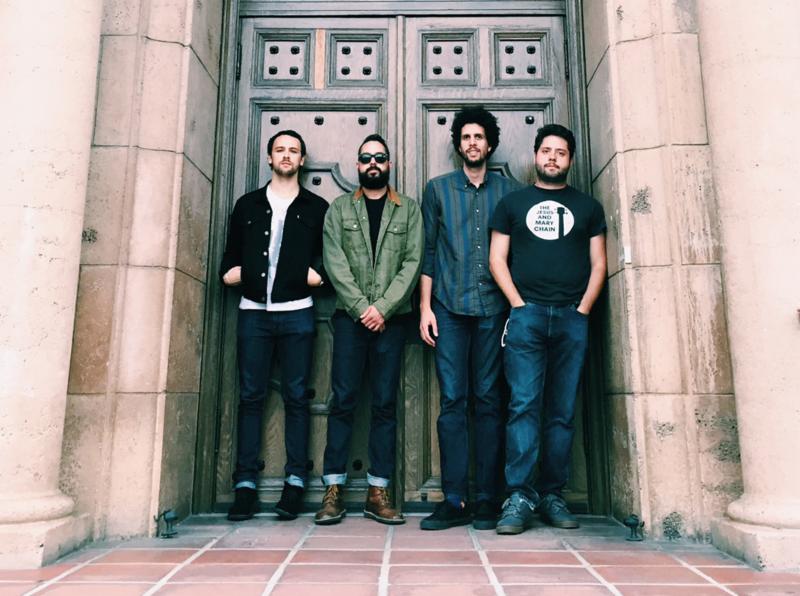 Los Angeles shoegaze pop quartet  Crystales are streaming their forthcoming debut full length in its entirety ahead of release beginning  via PopMatters. Crystales was released  Friday the 13th on Burger Records (Ty Segall, The Growlers).

Named after the famed glass cathedral in Orange County, the L.A. shoegaze pop band Crystales evoke the California coast with their distorted surf riffs and Beach Boys-inspired melodies. Songs like the dreamy “Boring” and kaleidescopic “Seance” combine deep distortion a la My Bloody Valentine with touches of Phil Spector‘s wall of sound, the Smiths‘ jangle pop and Spanish music, while songs like “Shoggoth” are darker and heavier, revealing a sound closer to Nirvana or Sonic Youth.

The album was recorded by Joel Jerome (Dios) in Highland Park, Calif., and come from the band’s forthcoming debut LP, to be released on Burger Records on April 13th, 2018.
After all playing together in various configurations over the years, Crystales formed in 2012 by brothers Nick and Billy Gil (guitar/vocals), cousin Tony Infante (bass) and neighbor Jason Hanakeawe (lead vocals/drums). They’ve played all over L.A. at venues like the Echo, the Smell and at Make Music Pasadena, with like-minded acts like Roses, Dunes, Moaning, Post Life, Joel Jerome and others. The band has released two digital 7″s and in 2015 released a self-titled EP, recorded by Alex DeGroot (Zola Jesus).
CRYSTALES LIVE:
05/14 Los Angeles, CA @ Resident w/ Feels