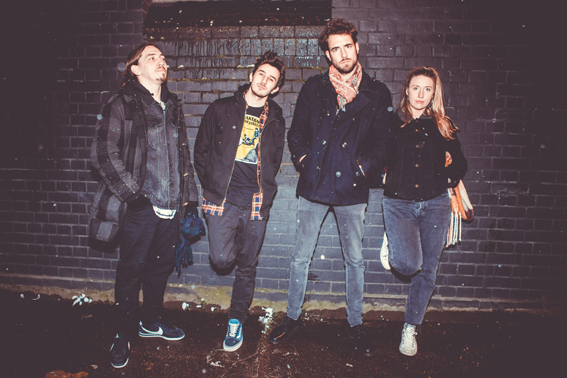 Once in a while London’s musical melting pot cooks up a new sound that immediately gets accepted as a classic. Introducing Coltana – a four piece from Brixton.  Coltana is many things but it is certainly alternative, defiantly punk and definitely rock.

Out June 15th on Poeticat Presents, Blighty is Coltana’s debut EP – a record that captures the band at the start of their ambitious and expansive sound.

The 405 premieres title track, “Blighty” saying “Along the turbulent ride each of the members gets to show off their impressive playing chops, but the overall python-like, devilish rock they cook up together is what makes ‘Blighty’ leave a heavy impression.”

The group spent a week recording in the English countryside at Parlour Studios. The process was focused on instrumental layering and experimentation with a palette of guitar tones. The drums were written first as percussive pieces on a Cajon and later got transferred to a kit to achieve the detailed jazz rock style that underpins Coltana.  Group vocals were collaborative and featured many of the groups friends who joined them at the studios.