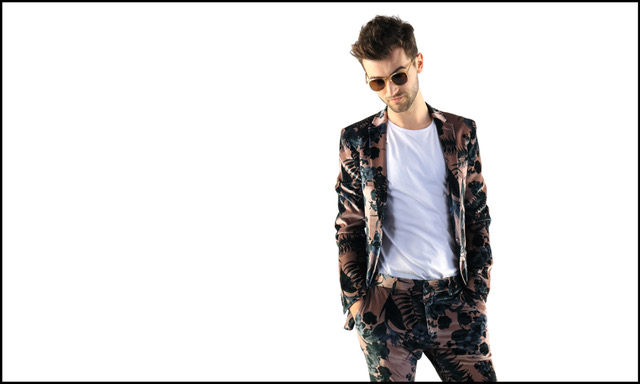 Never one to stay still for too long and hot on the heels of latest single and video ‘All I Have’ Barnes has now announced a slew of tour dates to accompany the record with shows in London, Glasgow, Leeds, Leicester & Sheffield all on the way where Barnes will be accompanied by his full band for the first time in years.

Speaking about the upcoming tour with his employers Barnes said: I’ve been jokingly referring to this tour as my couple of weeks of doing double shifts.  That would, of course, imply that any of what I’ll be doing during the ReOrchestrated tour could be considered work, and it’s anything but that.  Any opportunity I get to play my songs to people is a lovely thing, but to get to do so in such glorious surroundings as the halls we’re visiting for this tour is truly an honour.  Steve and I were joking when recording ‘The Weather’ for the new album, that we wanted it to sound like I was playing the song in a grand concert house, like the Royal Albert Hall or something.  Funny, that.  To top it off, I get to be involved in the performance of the beautifully reimagined versions of Bastille’s songs, along with a deluxe sized ensemble of proper musicians, and I really can’t wait for that.

Tour dates are listed below:

“Despite how accomplished this album is, there are still abundant hints that this is still not him at the peak of his powers. Who knows where he’ll go next.” – Prog Magazine

“an album full of twists and turns, which includes sonic nods to influences ranging from Oceansize and Amplifier to Queen and Muse.” – Total Guitar