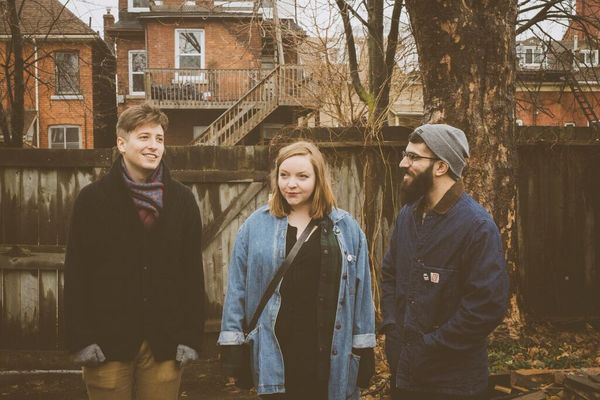 Basement Revolver
Announce First Ever UK Dates in May including The Great Escape
Debut album due out in the summer (details TBA)
Live dates:
17-19 May – Brighton – The Great Escape
22 May – London – Paper Dress Vintage (tickets)

“Lush with dulcet reverb.” The Fader

“Through their measured exploration of mood-affecting musicianship and Chrisy Hurn’s unhindered expression, the group basked in their unfiltered honesty and their ability to arrange wonderfully tender compositions full of weight.” Gold Flake Paint

Atmospheric Canadian trio Basement Revolver head over to the UK for the very first time in May for The Great Escape and a headline show at Paper Dress Vintage in London on 22 May. They are preparing for the release of their debut full-length album which will be out in the summer via Fear Of Missing Out.

Bringing together the talents of Chrisy Hurn (vocals, guitar), Nimal Agalawatte (bass, synth) and Brandon Munro (drums), the band hail from Hamilton, Ontario and were named Basement Revolver due to Chrisy’s basement apartment, rather than any trigger happy leanings. Their ascent to the spotlight has been a steady trajectory, capitalising on the success of their debut single “Johnny” in 2016. The track garnered endorsements from DIY Magazine and Exclaim! as well as respected tastemakers Gold Flake Paint, who hailed it a “‘favourite song of the year” contender. They had stumbled across a sound that is capable of stripping listeners of inhibition, yet heavy hitting enough to leave a lasting impression.

On the back of “Johnny”, they were signed by Memphis Industries’ UK sub-label Fear Of Missing Out, who released their debut self-titled EP in 2016 with “Johnny” and their second single “Words” reaching the higher echelon of the Hype Machine chart and the EP flagged up in several end of year lists. They followed this up with the Agatha EP in 2017 where the single “Bread & Wine” reached the B-list on Radio BBC 6 Music and also garnered support from John Kennedy at Radio X. The band have racked up over one million plays on Spotify across the two EPs.

Unable to disguise the emotion in her voice, songwriter Chrisy Hurn shares intimate stories and personal wounds from her past. In a relatively short time, Basement Revolver have successfully encapsulated the yearning and hopefulness of their generation, whilst harnessing a unique, yet familiar soundscape.