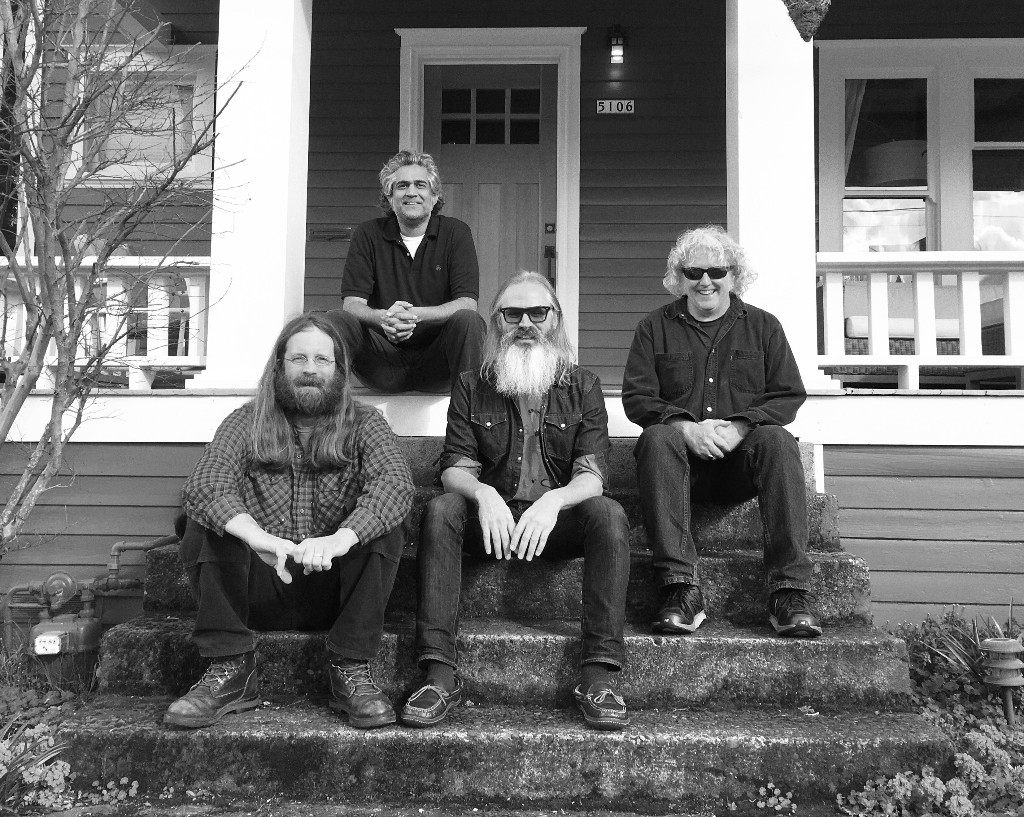 V., their first new album in five years, out 25th May on Thrill Jockey

“Wooden Shjips can justifiably point at the new breed of psychedelic groups and shout: ‘we invented you!’ Which, of course, they sort of did.” – Clash

West Coast psychedelic pillars Wooden Shjips release new album V. this May – a record that sees the band acting in opposition to the dark vibes of contemporary American life in favour of an optimistic, bright mood.

The band has now announced a full UK tour, bringing their peaceful resistance to cities around the country, with mainland Europe dates to be announced soon. Legendarily powerful in the live arena, Wooden Shjips perfect their hypnotic grooves on stage, with The Quietus saying of a 2013 show, “Beset on all sides by projected oscillations and Joshua Light Show visuals, every track is a ‘trip’ in the truest possible sense.”

Wooden Shjips previously shared “Staring At The Sun,” a nearly 8-minute track that was written while singer and guitarist Ripley Johnson watched a wildfire threaten his home outside of Portland, OR.