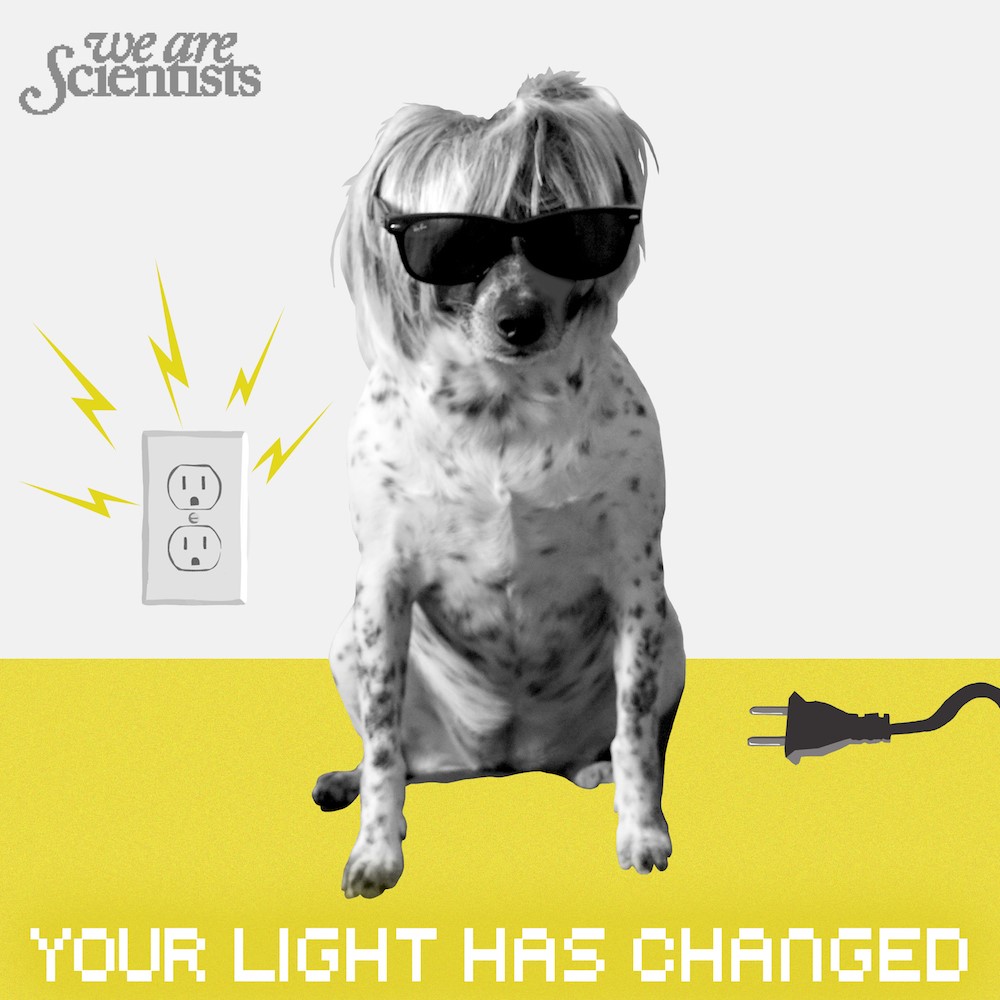 We Are Scientists, the Brooklyn, New York-based indie rock outfit are set to return with their sixth album, ‘Megaplex.’  Having released first single ‘One In, One Out’ in February, Keith Murray (guitar/vocals) and Chris Cain (bass), now follow that colourful, bubbly electro-pop number with ‘Your Light Has Changed’, a decidedly more thunderous rock tune.

“There’s something about a sick, lumbering guitar riff and a Neanderthal drumbeat that’s undeniable to us,” explains Chris. “‘Your Light Has Changed’ was the first song from ‘Megaplex’ that we’d introduced into our live set.  It’s fortunate that it’s being released as a single, because we’d definitely want to play it every night, regardless.”

The video sees the dissemination of a mysterious samizdat, distributed apparently at random and to transformative effect for its unsuspecting viewers.  “I mean, the ideal outcome for any music video is that it gains mass viewership and has a profound impact on the people who see it, right?” asks Keith. “Personally, I consider this video to be downright aspirational.”

“If there were a malicious epidemic that would nevertheless truly benefit humankind, this would be it,” agrees Chris.

“The world of music marketing is awash in breathless, overblown verbiage,” says Keith.  “We figured that at long as people are going to keep describing our music as ‘infectious’; we might as well give them a literal justification for that usage, with the video.”

Recorded at Tim Wheeler from Ash’s Atomic Heart Studios in NYC and once again produced by Max Hart (ex-Katy Perry), ‘Megaplex’ is released via 100% Records on April 27th.