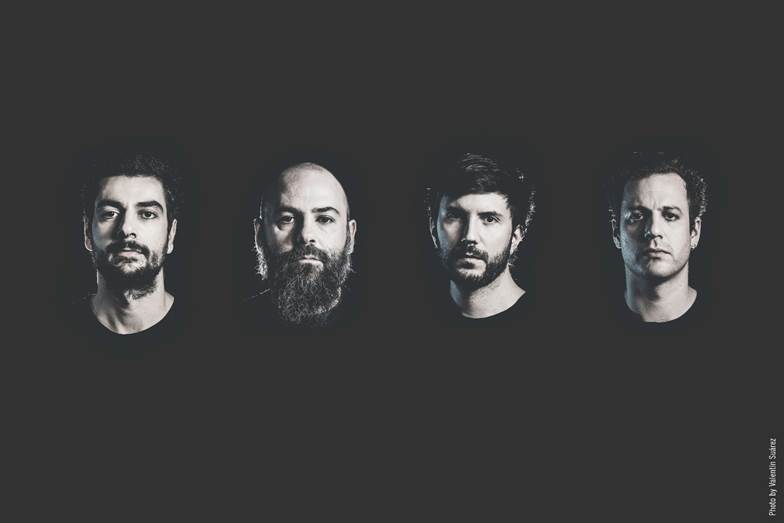 Spanish instrumental rockers Toundra recently announced the release of their fifth studio album ‘Vortex’ for 27th April 2018, following the success of ´IV´, which reached an historic #2 in the Spanish charts.

Manu Brabo comments: “It made me feel really proud to collaborate on this considering how socially responsible the band was being as an artist and communicators.”

Gonzo adds: “The victims in every war is always the innocent, who never start the war. They lose their lives, their homes and their dreams. Refugees escaping their homelands become ambassadors of the nonsense.”

Toundra comments: “With this video we just wanted to shine a light on those who Victor Hugo called Les Miseràbles.”

As mentioned previously, the title of the album is ‘Vortex’, as the band explain:

“On September 19th in 2012 we arrived at a venue called ‘Vortex Surfer Musiklub’ in Siegen, a small town in Germany. We played there, the venue got packed and everything about that night, including the warm welcome from everybody working there, was incredible. We fell in love with that small venue and the house next to it where we slept that night.

Since then, we played Vortex five or six times and there has always been that same great fond feeling from the people there. So, this upcoming album is called ‘Vortex’. We leave behind the roman numbers and want to use this as a way to thank all the promoters, people working in venues, labels, agencies, fans… and everyone who has helped us over the years to live this dream. We can’t wait for you to hear some of the music”

You can find the beautiful cover artwork and track-listing below:

The first run of European tour dates were recently announced and tickets are on sale now.

It has been an intense 3 years since the band got signed with Superball/Century Media in 2014, with whom they put out their most recent a lauded album, ¨IV¨, (January 2015), after the first 3 albums that were released independently. Since then the band has performed over 100 concerts in 17 different countries with their instrumental sound combining progressive and post rock making them one of the leaders in there genre.