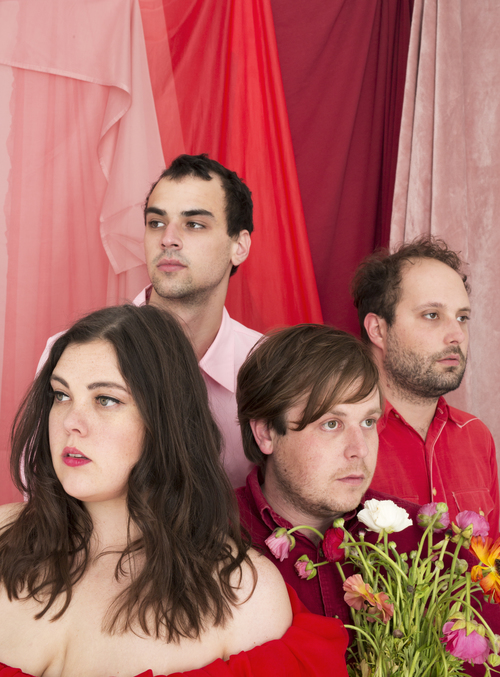 Following the release of Her via Chapter Music last week, Australia’s Totally Mild have shared a video for their single “From One Another.” The video debuted via Culture Collide who note that the track, “sees the band maturing their ethereal, guitar-driven sound to further compliment Elizabeth’s sultry vocals.  Schneider drives the melody with bright, angular strumming-not unlike Johnny Marr’s guitar work on the early Smiths albums.”

Director Tobias Willis of KEWL Studios (who directed the videos for both “From One Another” and “Today Tonight“) explains further:
“This clip, considered follow on from the previous for ‘Today Tonight,’ is drawing Liz’s character to a subtle close. As with the other clips we were aiming to keep the video in a more cinematic space and were referencing some of those classic one takes from 60’s & 70’s cinema. Throughout the tracking shot each character vignette has it’s own story exploring themes of loneliness, faith and friendship.”

The track was originally premiered via The 405, who wrote “On the surface it sounds totally innocent, rendered in bright twanging guitars, bubblegum melodies and sing-song vocals. However, digging further into the actual words of the song and paying attention to Mitchell’s careful inflections in her mellifluous voice, gives us a deeper and more resounding picture of someone dealing with the struggles of maintaining quotidian relationships.” IndieShuffle have called the track “a sticky sweet indie pop gem that’s lush with infectious chords and vocals.”
Following an Australian tour with Perfume Genius, Totally Mild will be making their way to the US for slots at SXSW and a show at Brooklyn’sRough Trade on 19 March and have just announced a London show at The Shacklewell Arms on 24 March. More dates to be added soon.

“Led by Elizabeth Mitchell, the Australian quartet match off kilter guitars to some striking melodies, and fascinating lyricism.” ClashTotally Mild started out as the solo project of songwriter Elizabeth Mitchell, and has now become a full blown lush pop quartet with the addition of guitar magician Zachary Schneider, drummer Ashley Bundang (who plays on the album, but has since been replaced in the live band by Dylan Young) and bassist Lehmann Smith. With Her, the band’s  quasi-psychic intensity, surging forward or pulling back in seamless unison has been captured in crystalline form by producer and one-time Architecture In Helsinki member James Cecil.

As always, Elizabeth’s voice is a thing of unearthly beauty, capable of soaring and swooping in shiver-inducing ways. As a songwriter she is equally arresting, addressing desires and dreams with affecting frankness.

About the new album, Mitchell says “Her is a record of failure and victory, new desire, stale romance, queer domesticity and what comes when the party is over. I was torn between a new domestic life and the impulse to tear it all away with bad choices. I fell in love, but I wrestled for independence. I was always trying to prove that I didn’t need anyone; my wife, my friends, my band. Her is a document of a woman struggling with the idea of potential. We are told that we could be limitless, but we wrestle with unseen personal and structural walls.”