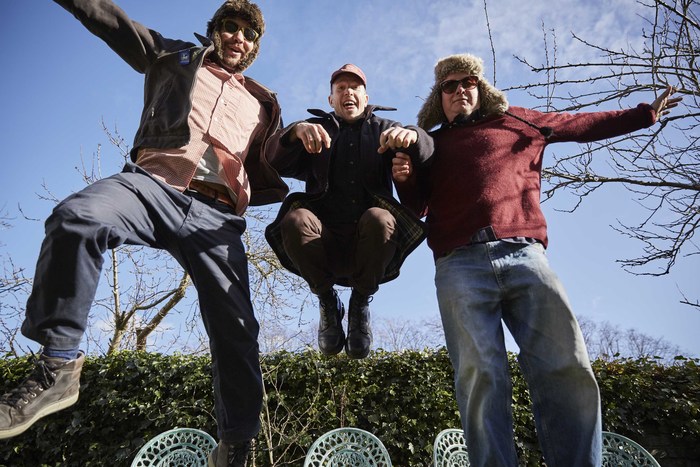 “The blues is very important to us. One of the questions we ask ourselves is: how do you play the blues without actually playing a blues? The blues is all about mystery, mystery as a fact of everyday life. What people call mundane is really magical, they are just blind to it.” – Dave Tattersall

One of the UK’s most prolific and beloved bands, The Wave Pictures, return with the brand new single, simply entitled “Jim” (premiered by Brooklyn Vegan here) which heralds the first of two albums that they will be releasing in 2018, Brushes With Happiness out on 22 June (which will be followed by Look Inside Your Heart in October).

Sparse and visceral, “Jim” was recorded, along with the rest of the songs on Brushes with Happiness, live in a small room to tape on one night in January playing into the wee hours. High and inebriated, the trio of Jonny Helm (drums), Dave Tattersall (guitar & vocals) and Franic Rozycki (bass) wanted to make the process as spontaneous as possible, emulating the jazz, blues and live albums that they love so much.

Brushes with Happiness sees The Wave Pictures in contemplative and expansive mood. They undertook several steps in order to ensure that this was a magical album:

– Tattersall didn’t write any music prior to the recording sessions, just lyrics.
– Everything on record is a first take and mostly material that Jonny and Franic had never heard before and Dave had never played. None of it existed in any shape or form before they put it to tape.
– They recorded it drunk and high, late at night so as to be as relaxed as possible.
– The songs are predominantly in minor key. Dave explains; “I cannot help how I feel – for me this is the happiest kind of key to play in.”

Dave Tattersall explains further; “Listening to the album feels like being in a ceremony. It takes you to that place. This is music that emanates from one group of people in one place in space and time. Listening to it is like being let in on a secret.”

For songs recorded in this way, Brushes with Happiness really does surpass all expectations. From the languid guitar licks to Dave’s faltering vocals, every note oozes emotional truth. Brushes With Happiness sees a band at the top of their game. No other band could just improvise an album out of thin air, no trouble at all, and have it sound THIS good.

You can catch them on tour in June (see dates below). 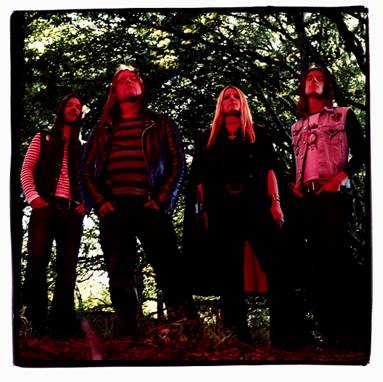