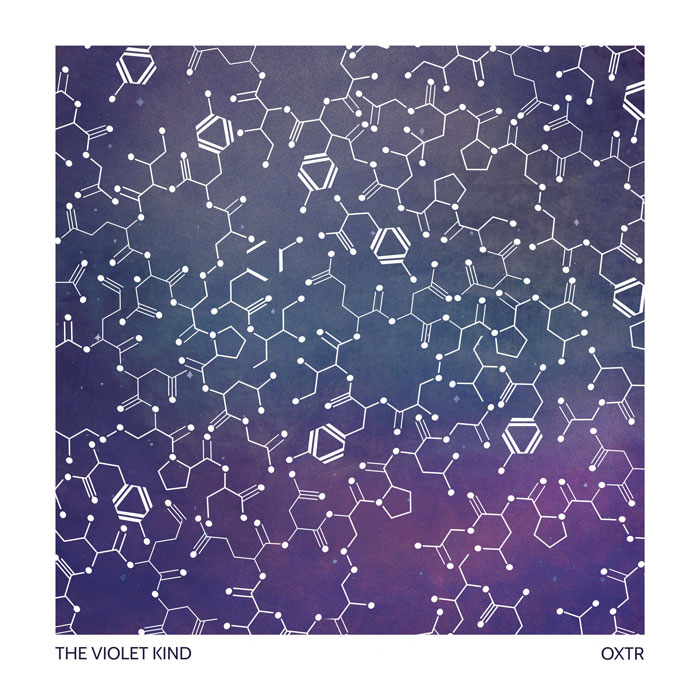 Scottish rockers The Violet Kind prepare to push boundaries with the release of their captivating concept EP, OXTR, out now via Kindness Records.

OXTR acts as a poignant reminder of the reality of rape culture and a means of catharsis for the survivor of sexual violence. In a brave endeavour to tackle a heavy subject, The Violet Kind show a sensitive and powerful regard to survivors by championing those who are brave enough to speak out and standing with those who aren’t able to. Influenced by film scores, the compositions each contain a motif; descending melodies to represent the villain and ascending melodies to represent the hero. The same rhythm appears throughout OXTR to showcase the repetition of gender based violence within society.

To celebrate the release of their captivating concept EP OXTR, The Violet Kind have now shared a brand new track from the EP. Good Behaviour, which premiered on Atwood Magazine, faces sexual violence head-on, asking us point-blank who we as a society are really choosing to protect.

Although each song tackles a different issue within the main topic, the trio’s bright chords, delicate melodies and intelligent songwriting remains a constant. Lead single Speakeasy immediately introduces front woman Katya Mansell’s dynamic lead vocal, sounding akin to the likes of Paramore’s Hayley Williams. Whilst every song is stylistically varied, The Violet Kind stay true to their indie rock roots to create something both purposeful and undeniably catchy.

Katya (vocals / guitar) and Liam Duffy (Bass) met in Edinburgh at the Hard Rock Cafe’s Hard Rock Rocks festival in 2015. With a previous drummer in tow, they received critical acclaim for their debut single Walk Away. In 2017 Kyle Hamilton (drums) joined and the band have since gone on to be shortlisted to perform at Glasgow’s O2 ABC in association with The Pogues and Academy Events. The Violet Kind have also already received support form the likes of PRS’ M Magazine, The National and Tenement TV to name but a few.

OXTR is out now via Kindness Records.