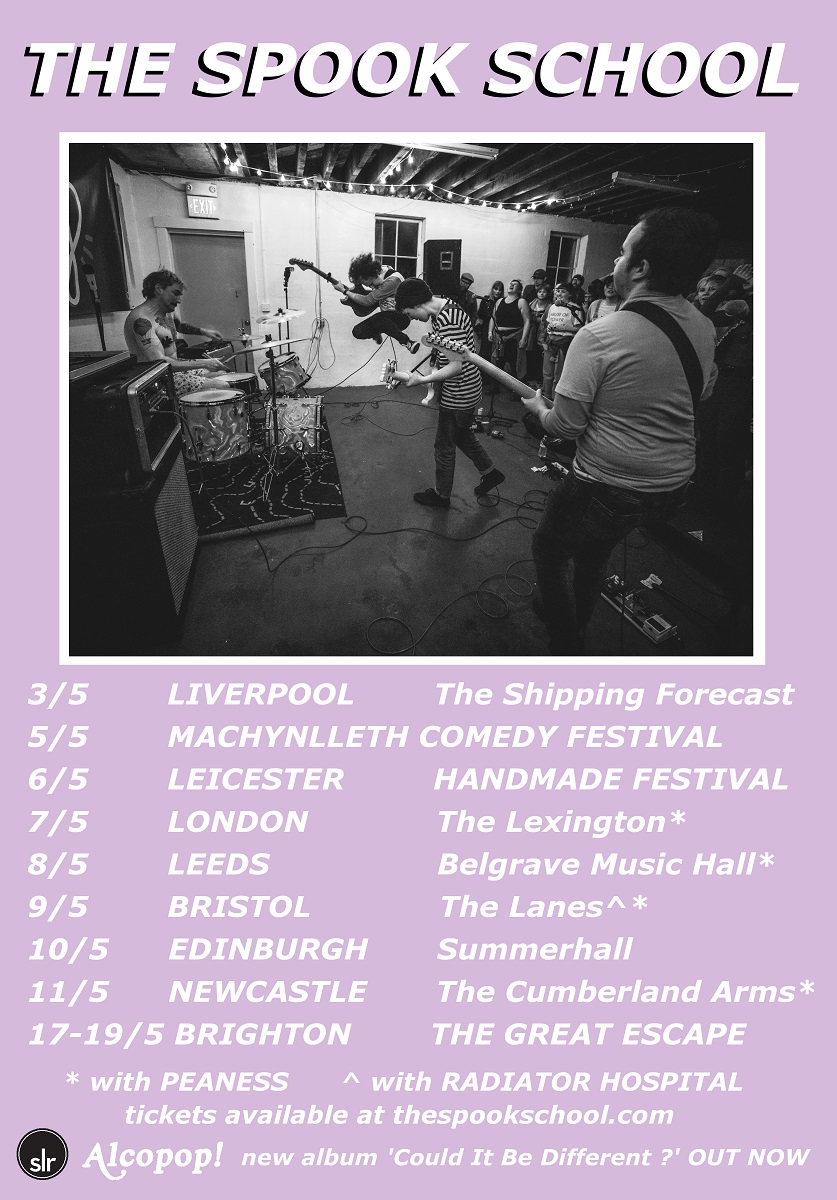 Watch the video for ‘Body’

Critically Acclaimed New Album Could It Be Different? Out Now via Alcopop! Records

Following a huge North American tour supporting Diet Cig and their own triumphant sold out album launch show at Stereo in their hometown of Glasgow earlier this year, THE SPOOK SCHOOL are delighted to announce a run of May 2018 UK headline tour dates and festival appearances.

The band will be joined by hotly-tipped indie pop trio and Alcopop! label mates Peaness for select dates.

Commenting on their recent US jaunt and return home, the band say: “Touring North America was a wild experience. Meeting so many new people, playing so many new places, and seeing so many people sing our words back to us was pretty surreal. It’s super exciting to take that energy back to the UK and start imagining just how fun bringing the new album around our friend’s cities will be. We’ve got so many silly plans, it’s going to be a very silly show and we can’t wait to show everybody!”

The Spook School’s critically acclaimed third album, Could It Be Different?, is out now Alcopop!  Records (UK) and Slumberland Records (US) and can be purchased from: http://www.ilovealcopop.co.uk/

Praise and airplay has been pouring in for Could It Be Different?, which has already been hailed by many as one of the most important indie records of 2018 and seen the band championed as leading lights of the UK queerpop scene, with support from radio at BBC Radio One, BBC6 Music and Amazing Radio, not to mention a bundle of Spotify playlist additions and a huge swell of coverage at print and online media.