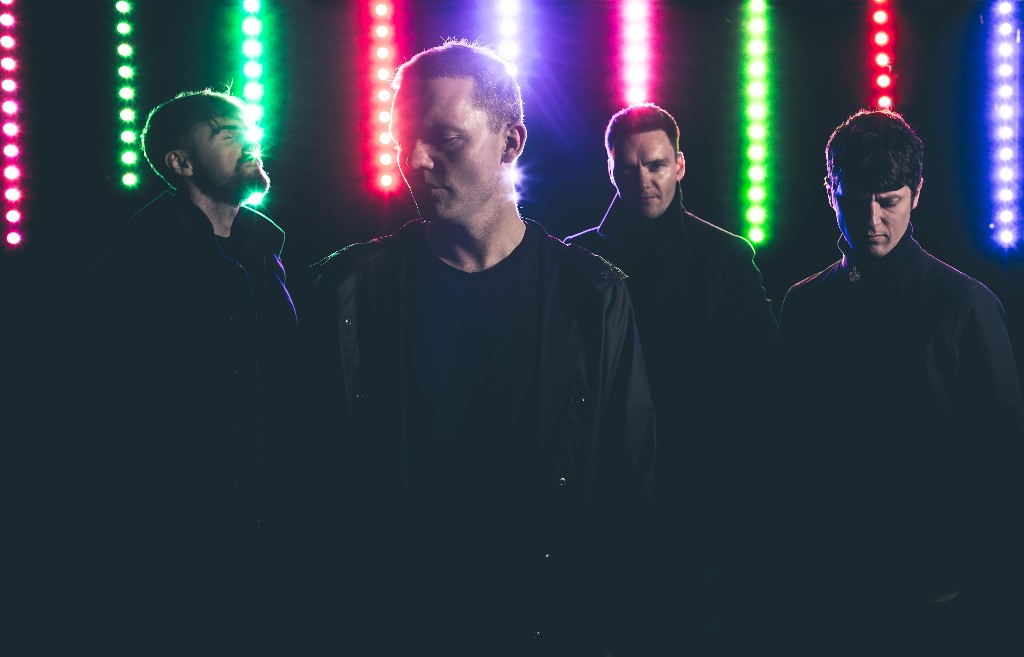 Manchester indie-electro four piece The Slow Readers Club have released their new single ‘You Opened Up My Heart’, taken from their upcoming album Build A Tower, to be released on May 4th via Modern Sky.

An addictive blend of driving drums and foreboding atmospherics, ‘You Opened Up My Heart’ is a hugely infectious piece of dark electro pop. A glistening hook gives way to pulsating rhythms, before breaking into its anthemic chorus, a glorious mix of haunting vocals amid sweeping synths and irresistible melodies. Simultaneously brooding and uplifting, it follows the tracks ‘Lunatic’ and ‘Through The Shadows’, both of which feature on the new album.

“You Opened Up My Heart is a hopeful song for uncertain times”, says singer Aaron Starkie. “A lot of our songs are existential and angst ridden but in an age where we’re faced with stuff like Trump and Brexit, and people are becoming more polarised, it felt right to offer something with a more positive message. It’s about a basic belief that humanity and compassion will win the day, wrapped in an indie-pop love song”.

Recorded close to home at Edwin Street Recording Studios in Bury and produced by Phil Bulleyment (Gaz Coombes, Dutch Uncles), Build A Tower will be the band’s third album, and their first with Modern Sky, following the release of their eponymous debut (2011) andCavalcade (2015), both of which were released independently.

The Slow Readers Club are Aaron Starkie (vocals), Kurtis Starkie (guitar and vocals), James Ryan (bass) and David Whitworth (drums), and have drawn comparisons with Interpol, The Killers and The National, building up a loyal fanbase from extensive touring, culminating recently with sold out shows including Manchester’s 2000 capacity Albert Hall, as well as The Garage and The Borderline in London.

They have received acclaim from the likes of Steve Lamacq, Peter Hook and Eddy Temple Morris, as well as having supported James on their arena tour, and performed at festivals including Isle Of Wight, Festival No.6 and Kendall Calling.