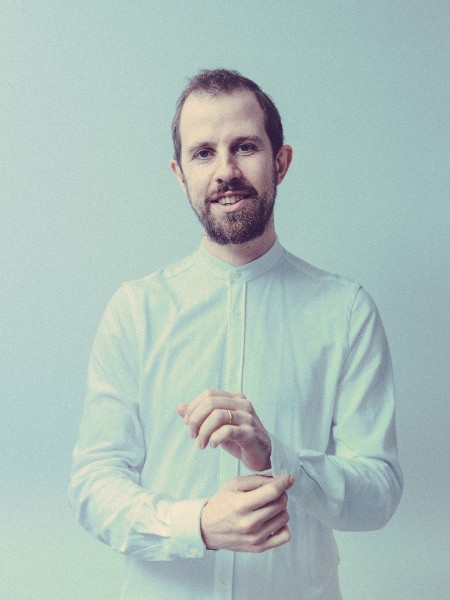 The Magic Lantern, the musical moniker of Jamie Doe, returns with another captivating new single, Lydia, out now via Hectic Eclectic Records.

Lydia is the second single taken from his upcoming album To The Islands, written during a tumultuous return to his childhood home in Australia. Opening with intricate finger picking, a wistful mood is established before Jamie’s intimate lead vocal takes centre stage. Written at a real liminal point in Jamie’s life, Lydia is the most personal song on the album, so when it came to recording, the intention was to focus on the intensity that comes with stripping everything away. A defiantly solo song, Jamie chose to record it live in one take. Reminiscent of the personal, oblique narrative songs of Elliot Smith and hushed intimacy of Sufjan Stevens, Lydia demonstrates Jamie’s undeniable conviction.

Influenced by the likes of folk, jazz and contemporary music, Jamie is dedicated to remedying the anxiety and fear present in all of us. Born in Australia, before moving to the UK at 12, Jamie adopted the stage name of The Magic Lantern and began writing songs while studying philosophy in Bristol. Moving to London in 2007, his debut album was released with a chamber-folk style quintet in 2011 before returning to his solo roots with an intimate second album in 2014. The Magic Lantern has received praise from numerous publications including The Guardian, Acoustic Magazine and Folk Radio UK, as well as BBC 6Music ’s Lauren Laverne, Tom Robinson, BBC Radio 3’s Late Junction and BBC Radio 2’s Jamie Cullum, Mark Radcliffe and Bob Harrisamong others. His third album sees The Magic Lantern return with a new ensemble drawn from London’s thriving jazz scene, exploring memory and hope in a world of near constant uncertainty.

Lydia is out now via Hectic Eclectic Records.