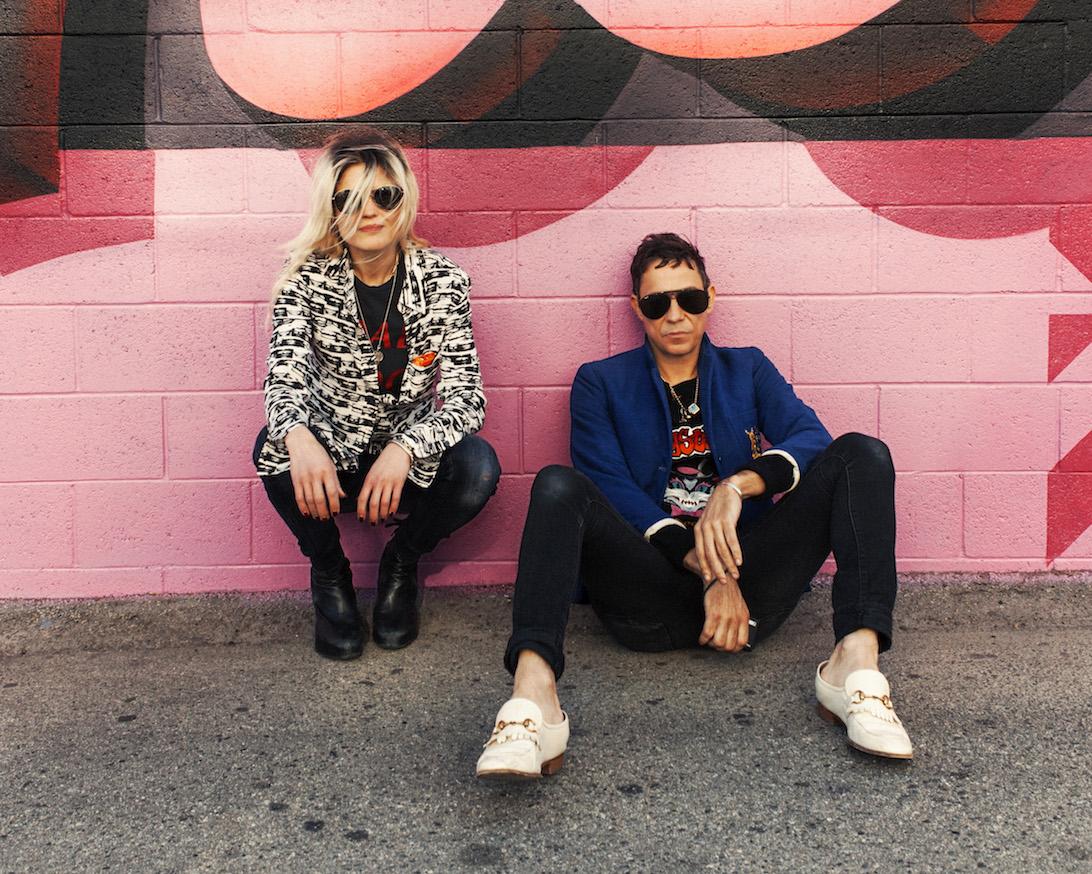 The Kills Unveil New Single; “List Of Demands” Out Now

WATCH the video for “List Of Demands” NOW; STREAM Both Tracks on DSPs HERE

For their latest attack, the Domino artists The Kills re-wired the circuits of Saul Williams’ “List of Demands (Reparations)” to create a wounded, volcanic, and urgent anthem. An opaque but powerful litany that could incite the most apathetic to action, a wake-up call capable of being interpreted as personal or political. The song comes backed with a dazzling cover of Peter Tosh’s “Steppin’ Razor”. Artwork for the single was created especially for the release by Shepard Fairey.

The greatest duos teeter on the cliff’s edge between chaos and equilibrium, salvation and obliteration, 10,000-watt voltage and gothic darkness. For a decade and a half, The Kills have mastered that savage balance, unleashing artful detonation and subtle vocal and guitar violence. That’s five albums and four EPs where Alison Mosshart and Jamie Hince reimagined the possibilities of modern duality—alchemizing garage rock, punk, and blues into smoke clouds, psychic carnage, and a smoldering nocturnal slink. A northwest passage between Outkast and Suicide.

“It’s a song of strength and empowerment, rooted in the idea of rising above,” Mosshart says. “It was one of those songs you’re almost scared to cover, because it carries so much respect. It wasn’t a straight up love song or a drug song. It was defined, serious, and perfect already. With certain songs, you feel like an intruder trying to sing them, but this one felt like my own.”

You can only cover a classic by successfully re-inventing it from the foundation up. In this instance, Mosshart and Hince slowed down Williams’ blistering post-punk and quasi-rap testament to political courage, to something resembling slightly sped-up dub—full of booming drums, gorgeous negative space, and Mosshart’s concealed dagger yawp.

The Williams original carried a special resonance after becoming one of the backstage jams regularly played before Kills’ shows. The banger you play to hype yourself prior to getting on-stage and trying to conquer the world. Williams’ lyrics brilliantly double as self-motivational propulsion and a poetic indictment of various iniquities. It’s somehow vague enough to allow for any application, but it’s as personal as blood dripping on a ransom note.

Decamping to the legendary Sunset Sound in Hollywood with producer Chris Coady, The Kills recorded both songs in three days. Until they entered the studio, they’d never sat down and played either. It took myriad approaches at varying tempos—searching for the right groove they found it. Only when they slowed it down to double time did the new haunting melody emerge.

“List of Demands” was so impactful to us—it was the kind of song that would come on backstage and everyone would stop what they were doing and stand up, “ Hince says. “The more I found myself listening to the lyrics, the more I heard in them, and found myself singing along with goose bumps. The brilliant thing about it is that it speaks to so many different ideas—a true underground thing like the best Iggy Pop songs.”

Saul Williams returned the compliment, waxing rhapsodically about The Kills’ tribute. “I always felt envious of the way the 60’s generation shared songs and ideologies. Jimi singing Dylan. Rotary Connection singing Otis Redding. The Stones singing the blues,” Williams said. “This is all part of the beauty and power of music and it reverberates deeply in me. All this to say, I’m honored. I liked The Kills before they chose to cover ‘LOD.’ If they can feel themselves in that song, it’s because they are as much a part of it as I am.”

It’s an affirmation of the profound meaning that a song can inhabit, particularly in times of turmoil and duress. The Kills channeled those past nexuses, creating a new form from biblical material, another attack on complacency, a tribute to the joys of flux, a transmission that carries on the unwavering belief that some things must change.

Artist Shepard Fairey, whose striking image was created for the single’s sleeve art, says, “I’ve been a fan of The Kills for years, and I initially loved them because I can’t say no to great garage rock with attitude, grit, and a vocalist in Alison Mosshart with a ridiculous amount of heart and soul. In recent years though, they’ve turned into even more than that. They’re now great songwriters who have stayed true to their roots but also expanded their musical palette. When Alison and Jamie approached me about doing the art for the song “List of Demands” and shared their version of the song, I was excited both because I love their version of the song, and I think it’s a song that makes sense for the state of things in the world right now. We need music that speaks to the struggles of the average person in the face of oppressive powers. The art I created was meant to reflect the sentiment of the song and the idea that people have power in numbers and are looking back at those in power with their hands up, making their demands. The do-it-yourself spirit of punk rock and activist propaganda influenced the art and design.”

The Kills have announced upcoming US shows, with all going on sale today. Saul Williams will join The Kills for the LA show in August, and as their very special guest will play a full set prior to The Kills taking the stage. The band will be returning to London, supporting Foo Fighters at the Olympic Stadium on Saturday the 23rd of June. See below for worldwide dates. Get your tickets from: http://thekills.tv/

The Kills’ last release was their much-lauded June 2016 album Ash & Ice, which spawned the singles “Doing It To Death” and “Heart Of A Dog”. The band toured the album for 18 months performing at multiple festivals, including Coachella and David Lynch’s Festival of Disruption, and performed on The Tonight Show with Jimmy Fallon, The Late Show with Stephen Colbert, Jimmy Kimmel Live, The Late Late Show with James Corden and Conan. They appeared in the recent Nashville episode of Anthony Bourdain’s Parts Unknown on CNN, in which Alison toured Nashville with Bourdain before the band played a song live for a scene in the show.

Praise for The Kills:

“The most reliably great and sexually charged duo in blues-rock.” – New York Times

“Alison Mosshart of The Kills is one of the best rock frontpeople around these days.” – Billboard

“…a band confident in their own skin, their identity clearer than ever, their mission unchanged since those transatlantic tapes at the turn of the millennium.” – DIY