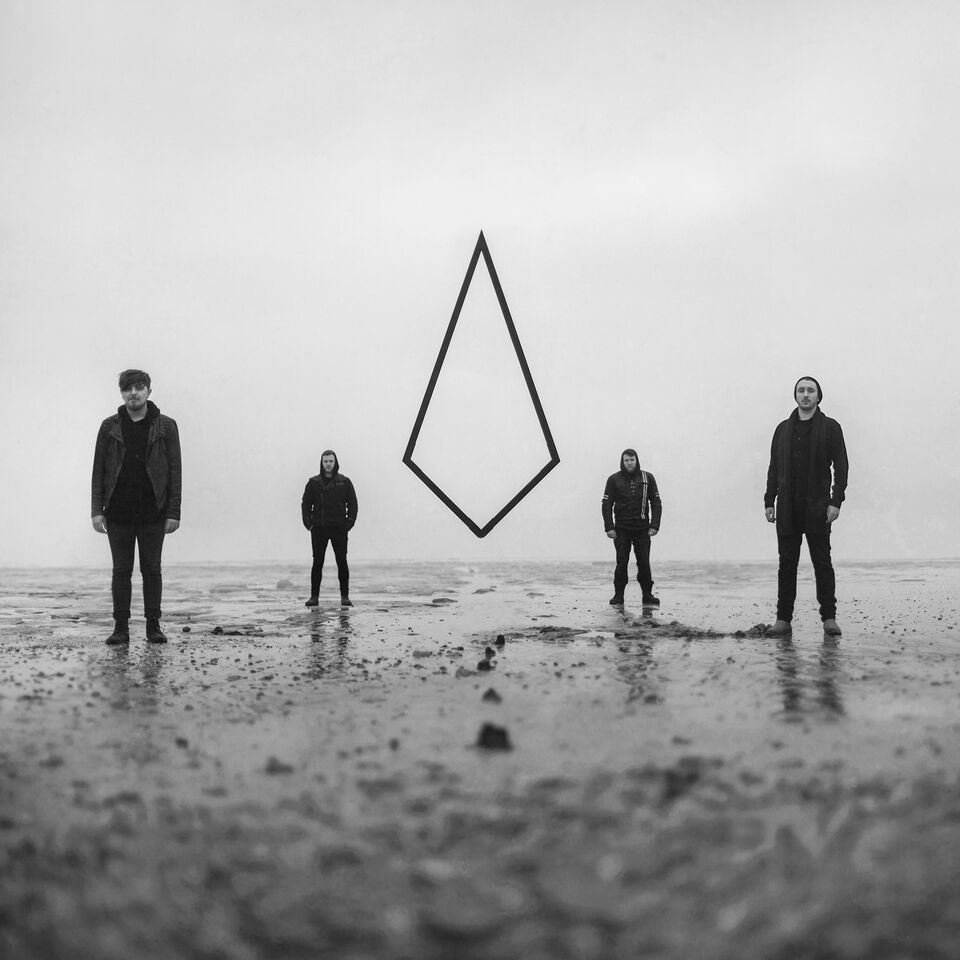 Now with 2 full length albums under their belt; 2017’s acclaimed ‘Tempest’ and their 2014 debut album ‘12 Areas’, Telepathy has been embraced with open arms by even the most unyielding fans of post metal, black metal, hardcore, doom and sludge alike; a testament to their inspired, nuanced and emotionally punishing take on metal. With such an array of styles and emotions forming a unique and cohesive whole, Telepathy displays an uncanny ability to unite fans of all types of heavy music and draw them into their mysterious and alluring world.
This summer they are set to head out on a series of tour dates across Europe with Dopelord, Rosetta and The Ocean alongside festival appearances at Desert Fest, ArcTanGent and Dunk Festival. Guitarist Richard Powley comments:
‘Playing live is the driving force of this band and touring is what we live for.  Since the release of ‘Tempest’ things have been getting bigger and bigger for this band and we’re honoured to be heading out on the road once again this spring!
We are of course thrilled to be playing select shows in the UK, Desertfest London as well as headlining the second stage of the amazing Dunk! Festival and supporting the Ocean Collective and Rosetta on a couple of dates before heading across Germany to Poland playing full headlining shows’
The spring of 2017 marked the release of Telepathy’s second sonic offering, ‘Tempest’. The 52 minute concept album; recorded at Orgone Studios with producer/engineer Jaime Gomez Arellano, enjoyed notably positive reviews across print media outlets, blogs and webzines from all corners of the globe and demonstrated a departure from their frenzied debut, ’12 Areas’.
The album depicted the harrowing journey of a person beset with grief and faced with total isolation after awaking from a great flood. ‘Tempest’ guides the listener on a journey through awakening, desolation and finally acceptance.
In support of ‘Tempest’, the band took to the road to stun audiences across the continent during 3 extensive tours of the UK and Europe. From performances in the clubs of the UK, France, Germany, the Netherlands, Belgium, Switzerland and Romania, to appearances at the legendary Roadburn Festival in the Netherlands, Berlin Swamp Fest and Into the Void Festival, the band’s furious live show has made Telepathy one of the most talked about bands in the heavy metal underground and has gained them a substantial and devoted fan base along the way, owing greatly to their unwavering commitment to touring and recording.
Telepathy tour dates:
30.04 Hull, Gorilla Studio^
01.05 Glasgow, Nice & Sleazy^
02.05 Manchester, Star & Garter^
03.03 Birmingham, The Flapper^
05.05 London, Desertfest
09.05 Nijmegen, Doornroosje*
10.05 Giessen, Post Valley Festival*
11.05 Dunk! Festival
12.05 Berlin, Jagerklaus
13.05 Dresden, Chemiefabrik
15.06 Jena, Cafe Wagner
17.05 Warsaw, Hydrozogadka
18.05 Gdansk, Protokultura
19.05 Wroclaw, TBC
20.05 Cologne, TBC
^ co-headline with Dopelord
* with The Ocean & Rosetta
16.06 Kiel, Explode Festival
17.06 Antwerp, Music City
18.08 ArcTanGent Festival
‘The drama is felt from the crush of oceanic riffs that wash menacingly around the listener and the sense of desolation that grips you during the disquiet.’ – Metal Hammer
‘Thought post-metal had nothing left to say? Well, Telepathy just read your mind. Now let them prove you wrong’ – Kerrang
‘Telepathy have the creative ambition of true prog warriors’ – Prog Magazine
‘A 50-minute tour de force which leaves the head spinning’ – Terrorizer
‘Telepathy remain secure in their position is one of the most important and proficient young, fresh names in post metal today’ – Heavy Blog is Heavy
‘This record is beautiful, at times chaotic, immersive, crushing, utterly engaging and fans of intelligent, emotional music should seek this record out as soon as they can.’ – Echoes & Dust
‘One of the greatest post-metal albums ever recorded’ – Punktastic
Order ’Tempest’ from – www.goldenantenna.com/shop
www.facebook.com/telepathyband/
www.facebook.com/goldenantenna/