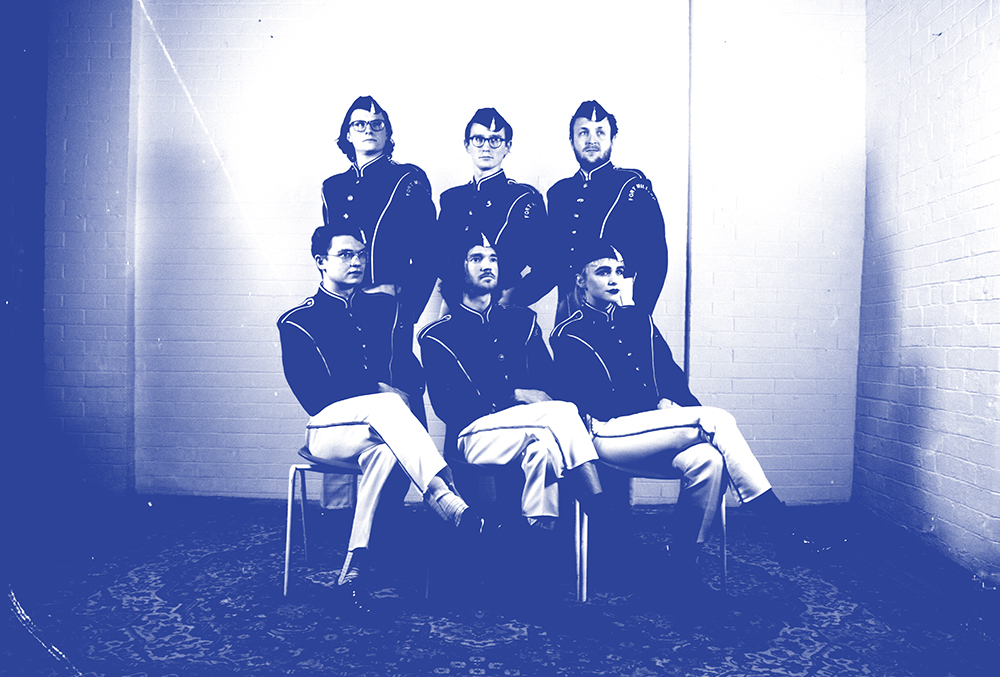 Team Picture
Share New Single: ‘(I Want Your) Life Hack’ – Watch here
Announce Mini-Album: ’Recital’ – Out June 1, 2018Announce UK Tour: inc. The Shacklewell Arms, London – May 31, 2018
Hometown Show: The Brudenell Social Club, Leeds – June 1, 2018
“The new track fine-tunes their pop sensibilities and knack for a killer hook” – DIY
“Neon-soaked visuals brilliantly soundtracked by the group’s scuzz-soaked pop” – Wonderland
Leeds-based six-piece, Team Picture have today shared their new single ‘(I Want Your) Life Hack’ released through BIG DUMB MUSIC LTD – watch the DIY video here. In line with sharing the new single the band have announced details of their Matt Peel-produced (previously Autobahn, Pulled Apart By Horses, Eagulls) 7-track mini-album ‘Recital’ (via Big Dumb Music), due for release on June 1, 2018. The band will support the release with a full UK tour throughout May and June, taking in festival dates at The Great Escape and Liverpool Sound City, before headlining The Shacklewell Arms, London on May 31, 2018 and The Brudenell Social Club, Leeds on June 1, 2018 – their largest headline show to date – full dates and ticket links below.

Split into two contrasting halves of three songs with a segue track running through the middle, ‘Recital’ is in part attuned to the band’s sagacious take on pop whilst also touching on their temperament for caustic guitar. Released earlier this year, ’(I Have a) Little Secret’ set the tempo for the first half of proceedings whereas new single, ‘(I Want Your) Life Hack’, finds the band delving into their fondness for post-punk sounds. Speaking about the new single, guitarist Josh says: “This is a Talking Heads song from an alternate dimension, performed by a bizarro-world version of the band, who have half the talent, twice the fuzz pedals, and are fronted by David Byrne’s fictional idiot brother Malcolm.”

Since forming in 2016, Team Picture have earned praise at Radio 1, BBC Introducing and secured multiple spins at 6Music with support from Huw Stephens, Tom Robinson and Steve Lamacq, as well as ticking off support slots with the likes of Parquet Courts, Psychic Ills, The Orielles and Ulrika Spacek. In addition, the band have performed at the likes of Bluedot Festival (along with Warpaint and the Pixies), the Wire-curated Drill Festival and Manchester’s Neighbourhood Festival, as well as selling out their own curated ‘Du The Katman’ night at Leeds’ Hyde Park Book Club. A full UK headline tour including festival dates will take place throughout May and June, including stops at Liverpool Sound City, Brighton’s Great Escape and a headline show at London’s The Shacklewell Arms.