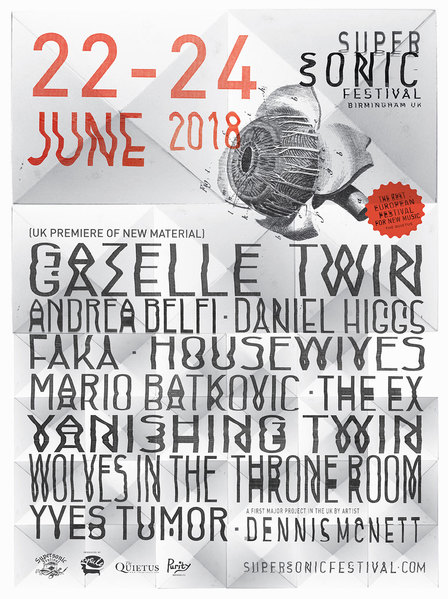 The longstanding premier UK music and arts event Supersonic Festival 2018 returns to the cultural hub of Digbeth in Birmingham between 22nd and 24th of June, offering a weekend full of imaginative, stimulating and downright fun experiences, placing audiences at the very heart of its programming. Whether its through an adventurous and considered musical line up, engaging talks and workshops, or riotous ‘Kids Gigs’ – there’s always plenty of ways to get involved, and this year will be no exception.

This year Supersonic is championing an array of ambitious, fiercely independent, and progressive artists, each committed to doing things in their own unique way.

UK PREMIERE – GAZELLE TWIN
Having first appeared at Supersonic in 2015 as one of the Festival highlights of that year, we are delighted to invite GAZELLE TWIN to perform this year. Supersonic shall play host to a UK premier of a brand new album.
SUPERSONIC KIDS GIG – THE EX
38 years strong, innovative Dutch group THE EX form a riot of sound and fury that’s both sonically adventurous and feverishly compelling. They incorporate a wide array of influences, often from non-Western and non-rock sources, which include Hungarian and Turkish folk songs, and more recently music from Ethiopia, Congo and Eritrea. Supersonic are inviting them to perform this year’s Kids Gig (following Melt Banana’s wild show last year). The Ex will also perform as part of the main festival programme. We couldn’t be more delighted, and we’re certain the kids will feel the same!
SUPERSONIC ARTIST IN RESIDENCE: PRESENTING THE FIRST MAJOR UK PROJECT BY ARTIST DENNIS MCNETT
DENNIS MCNETT (US) makes highly detailed graphic relief and silkscreen prints. He is greatly influenced by the raw, high-energy imagery of early 80’s skateboard and punk rock music scenes. He has carved out a vast body of work with his signature woodcut prints: from gallery walls and huge museum installations to skateboard decks and graphics. Much like his other larger pieces, such as the Viking ship performances and parades in Philly, resurrecting Nordic giants on West Broadway in Manhattan, or Dragon slayings in Oklahoma, at Supersonic there will be a brand new commission, and we’re thinking big! In collaboration with a number of the musicians and audience members at the festival, Dennis McNett will create a large-scale procession piece, where the art will become performance as the event unfolds. Immerse yourself in Dennis McNett’s wonderful visual world in this short video interview.
2018 LINE UP CONTINUED…
Supersonic Festival are especially pleased to invite MARIO BATKOVIC, the Swiss, Bosnian-born accordion player, who shall continue his mission to expand the possibilities of the instrument to its very outer limits. Through the accordion he’s been able to channel an unbound desire to explore and express, a freedom that he has been denied through the various physical, social, cultural, and political borders that have existed in his life.
Edging, shifting, and ultimately detonating the boundaries of electronica, soul, industrial, rap and rock music into an undaunted, liberated wilderness of intrepid pop,YVES TUMOR impresses a chaos that is at once memorable and signature in its unquantifiable movements – exhaling across brazen futures, the New Punk aesthete, a brave narrative transcendent beyond mere redefinitions and embodiments of culture, one that is ablaze into a trajectory of its own radically intimate expression, for all to discover.
FAKA is a South African music and performance art duo comprised of best friends Fela Gucci and Desire Marea. The artists explore a combination of mediums ranging from sound, live performance, and video to create an eclectic aesthetic with which they express their ideas about themes central to their experience “as black queer bodies navigating the cis-hetero-topia of post-colonial Africa”.
Berlin based drummer ANDREA BELFI presents a sound-world that artfully combines embellished percussive textures mutated through electronic manipulations and dark, eerie sonic details.
London based experimental four piece HOUSEWIVES create music on the boundary between noise and sound. Their austere, rhythmically charged music has a distinctively cold, minimalist edge; abrasive guitars blend with droning bass lines and propulsive, relentless drums. Their live approach is ‘anti-performance’, using a stark and minimal aesthetic coupled with intense and powerful compositions, often using home made instruments.
London ensemble VANISHING TWIN marry oblique English pop with a palette of arkestral sounds. Drawing on sounds outside of the usual pop vocabulary, the group use forgotten drum machines, home-made electronics, vibraphones, tablas, and harp to invoke the esoteric psychedelia of lost soundtracks, radiophonic experiments and minimal music orchestras
WOLVES IN THE THRONE ROOM re-imagine black metal as an ode to rain storms, wood smoke and the wild energies of the Pacific Northwest. The listener encounters crystalline metal riffs and ritualistic laments that sing of endless rain falling upon ancient cedars. Their music is a doorway into a mythic ethereal heathen landscape entered through music, magic and dreams. Wolves shall share their blazing, furious and potent form of Black Metal that they alone can create.
We count ourselves very fortunate to have Baltimore native, and lyricist/frontman of Lungfish, DANIEL HIGGS perform at the festival. With three decades of artist output, his art is of the cosmos, we on Earth are merely lucky that it happens to be confined to our atmosphere, in our lifetime.
…Plus there’s still many more acts, and extra curricular activities to be announced in the coming months. In the meantime, please find ticket purchasing info below, and feel free to get in touch with any questions.
TICKETS: https://supersonicfestival.com/product-category/supersonic/ 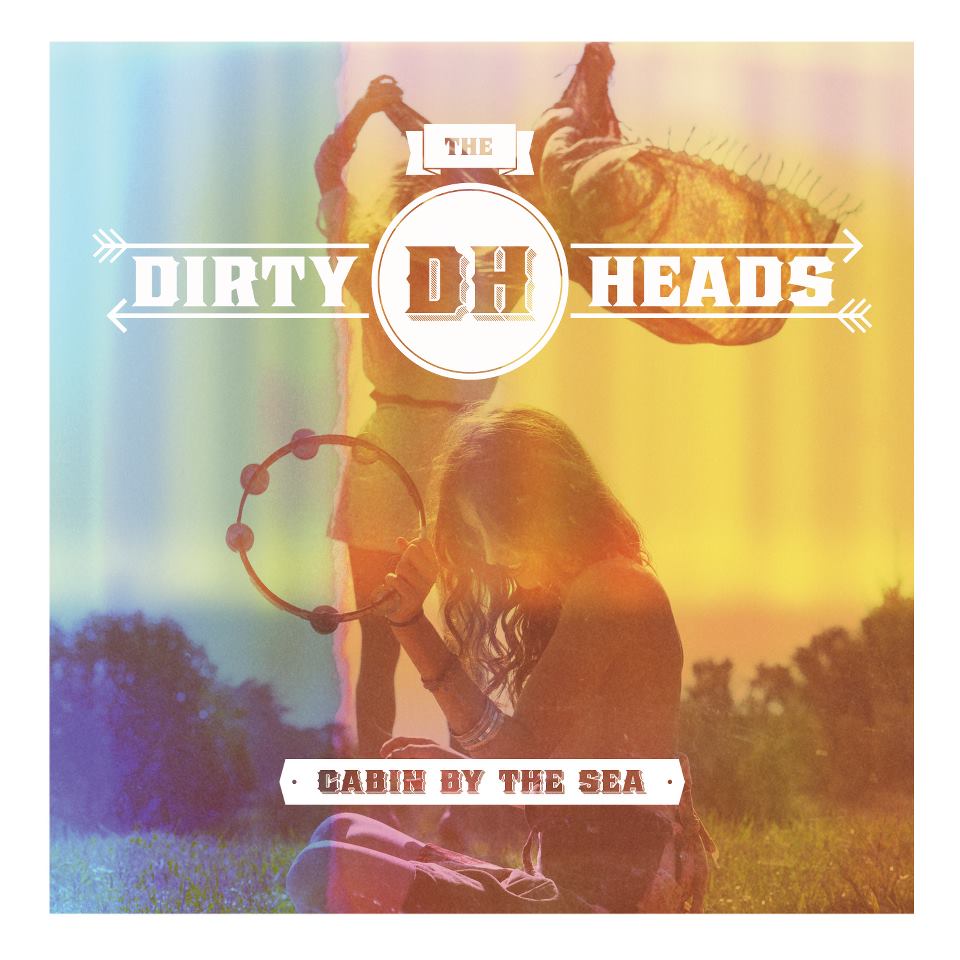