SPLIT CRANIUM ANNOUNCE THEIR SECOND ALBUM, I’M THE DEVIL AND I’M OK,
INCOMING VIA IPECAC ON THE 25TH OF MAY, AND AVAILABLE FOR PRE-ORDER

The self-titled debut was an exhilerating barrage of super-charged hardcore, replete with blitzkrieg riffing, stampeding pace, and gravel-throated ire, a ferocious homage to Nordic d-beat masters Terveet Kädet and Anti Cimex. Six years later, their second album, I’m The Devil and I’m Ok comparitively explores the contrasts of melody and dissonance, opening the album with Popol Vuh-inspired keyboards by Faith Coloccia that saturate the ruthless reinterpretation of the Discharge template on “Evil Hands”. The contrasting breaths of sublime ambience serve to highlight the savagery abetted by bassist Nate Newton and Tomi Leppänen (Circle, K-X- P), making I’m The Devil and I’m Ok simultaneously more sonically rounded, more visceral and more vicious.
“We wanted to make a record that was less straightforward than the first one,” Turner says of their method. “Jussi loves melody and I love dissonance and noise, so that is probably the healthy creative contrast that made this record what it is.”
While Split Cranium continues to be driven by the blazing guitar malaise of Lehtisalo and the harrowing bellows of Turner, the melodic counterpoint provided by Newton on “Wet Shadow”, the ethereal vocals summoned by Coloccia on “Ingurgitated Liquids” and “Death Bed – The Yellow Room”, and the squalls of white noise on “Whirling Dusk” are a but a few of the components that knock I’m The Devil and I’m Ok off the axis of traditional d-beat hardcore.
Some of the strongest records in the anarcho-punk canon have figured out ways to inject melody or push extremes without diffusing their punch or diminishing their hooks. Split Cranium retains the principal components of speed and vitriol while expanding their frequency spectrum into realms of both beauty and sheer ugliness, making I’m The Devil and I’m Ok a white-knuckle mind-melter in a realm of sterile imitations. 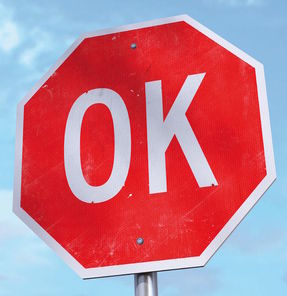