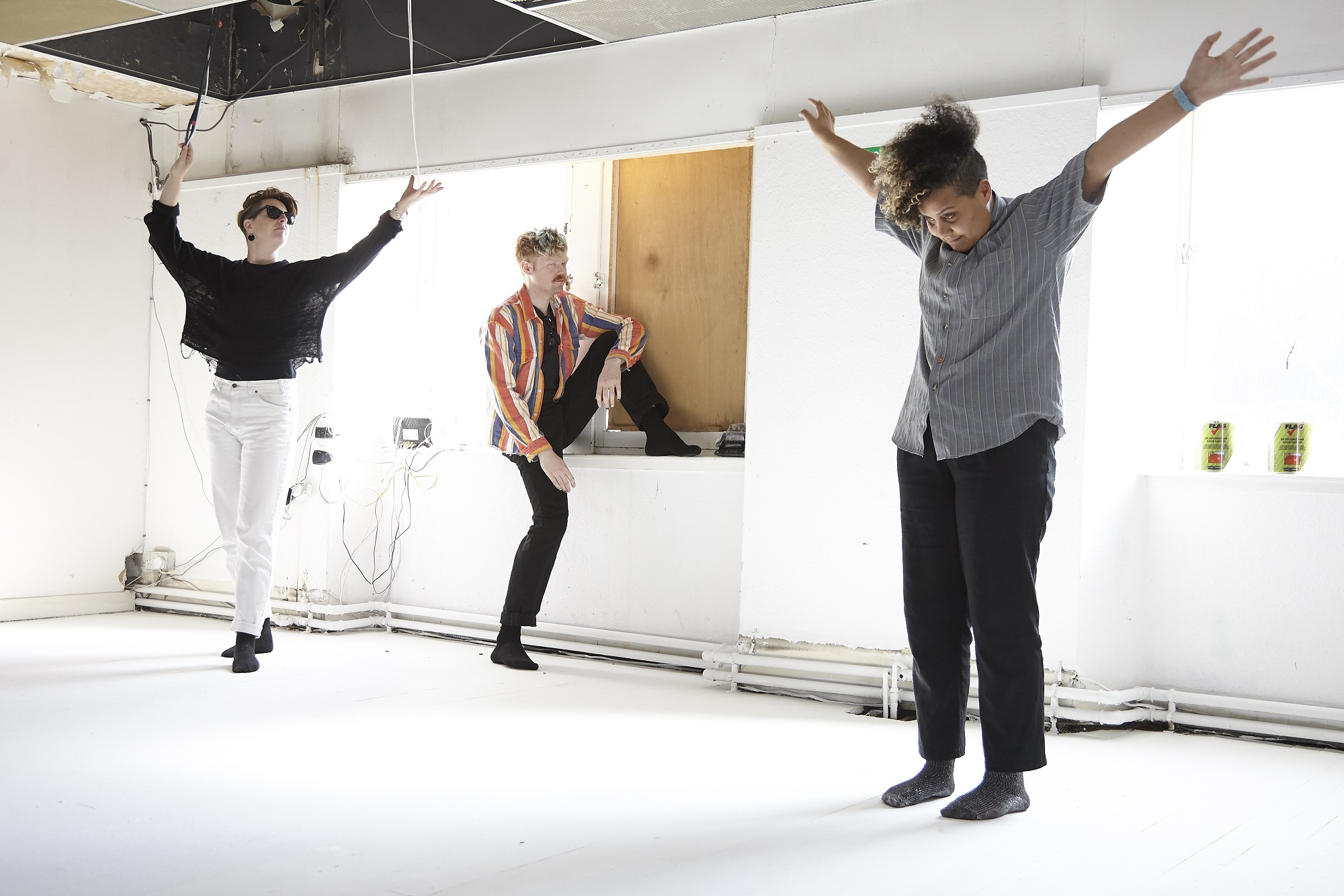 New album The Official Body out now on FatCat Records

“Sparkling return from newly disco-fied conscious punks… a fine opportunity to dance until the end of the world.” – Q Magazine

“The Official Body tightens up their sound and adds a new sense of resolve.” – Uncut Magazine

Post-punk trio Shopping have shared a third single and video from their new album, The Official Body, out now on FatCat Records and recorded and produced by Edwyn Collins.

The “Suddenly Gone” video, directed by LA-based director and animator Lessa Millet, “talks about labour and resources,” says band member Rachel Aggs. “It’s about feeling used and undervalued in a relationship or, more generally, as a queer and/or a person of colour making music or art in the UK and how that can feel very draining.”

She adds, “you can feel overlooked for years and then suddenly tokenized when your identity becomes buzzworthy or fashionable. So much of the guitar music we love originates from roots and blues music made by and for people of colour and the same goes for dance and disco that has its roots so firmly in queer culture. We are asking people to reflect on what our cultural landscape would really look like if it weren’t for those pioneering but marginalized artists and in particular what our cities will eventually look like if queer spaces and independent gig venues continue to be forced to close.”

In creating the video, Millet says, “I went off of the energy of the song and the feeling behind it – this feeling of ‘I see what you’re doing, and I’m done being used.’ It’s optimistic and angry at the same time. In looking for images I just thought about all the instances a small group of people profit from everyone else, which way the money river flows, where does it pool. I think the magic tricks and hand shadows were a good metaphor for all the distractions that prevent us from seeing what is going on underneath.”

“It also suggests a parallel between this kind of emotional, creative draining and the terrifying environmental consequences of reckless money-grabbing corporations,” Aggs continues, “undervaluing and exploiting our natural resources and the impact of that on people living and working in more precarious parts of the world.”

While it may have been tempting to adopt a more serious tone, Shopping remained humorous in their approach — the album’s title (established before any of the songs were written), The Official Body, is a play on the idea of official bodies of power and control, “the mystical powers that be” as Billy Easter (bass) deems them, as well as the construct of a physical body that fits within the societal paradigm of what is “acceptable.”