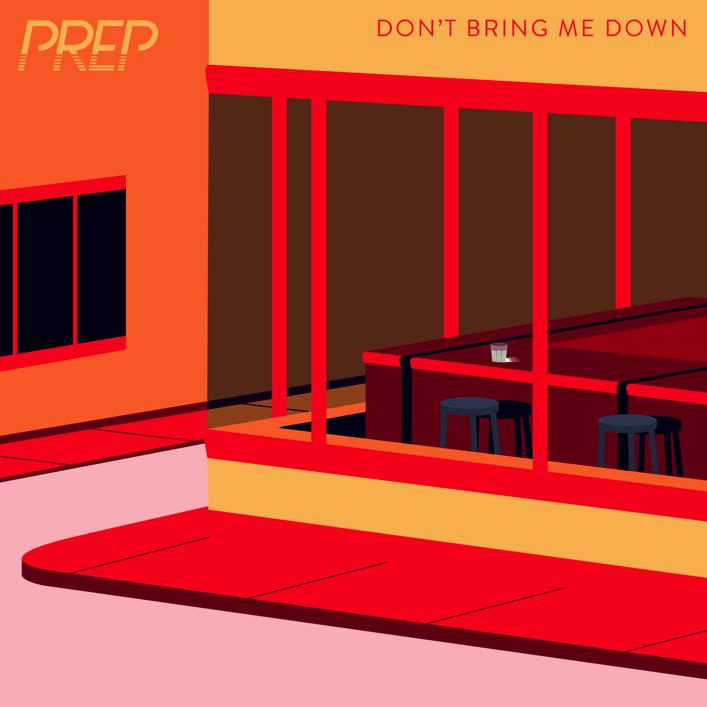 New Single: ‘Don’t Bring Me Down’

PREP have today confirmed release details for new EP ’Cold Fire’, due in April 2018, the follow-up to their debut EP release, 2016’s ‘Futures’, which generated 4 Hype Machine hits, an AlunaGeorge remix and radio plays across Radio, 1Xtra and Beats 1, with over 7 million streams online. That release also lead to PREP coming onboard to remix the Snakehips, Chance The Rapper & Tinashe smash ‘All My Friends’. PREP are today sharing ‘Don’t Bring Me Down’ the first track to arrive from ‘Cold Fire’ – stream here.

The ‘Cold Fire’ EP captures the London-based 4 piece making good on the buzz surrounding ‘Futures’, with an impressive string of collaborators, including Kaytranada associates Pomo (who’s production work featured on Anderson .Paak’s ‘Malibu’) and fast-rising, Kitsuné-signed Portland singer Reeva De Vito. The EP’s taut, immersive title track also features a co-vocal from Korean megastar DEAN, a driving force behind PREP’s own hothoused success in Asia, where gigs are more-often-than-not the scene of hundreds of people, phones aloft, singing every word of the ‘Futures’ EP. Pacey new single ‘Don’t Bring Me Down’ finds PREP stepping up from ‘Futures’ in more literal senses also, shedding some of the woozier grooves of their debut in favour of an irresistibly brisk BPM, buoyed along by crisp handclaps beneath the nervy energy of frontman Tom Havelock’s vocal.

PREP came about as a placeholder alias for 4 artists with an eye-watering list of credits under their belts. Co-writer and keyboard player Llywelyn Ap Myrddin – a classical & opera composer with a predilection for electronica – began working up instrumentals with drummer Guillaume Jambel, who – under the GIOM moniker – has headlined Fabric, collaborated with Defected Records and is touring with George Fitzgerald. Llywelyn was completely thrown by the response to some of these tracks from Grammy nominee Dan Radclyffe, noted for his work on recordings by Drake and AlunaGeorge. “I played him this instrumental, and Dan said, ‘Well that’s quite Yacht Rock, isn’t it?’ And I was like ‘What on earth is Yacht Rock?’” Sensing nonetheless the foundations of a shared musical DNA, Myrddin, Jambel and Radclyffe began to dedicate serious moonlight hours to the new joint venture. PREP’s line-up was quickly solidified by Havelock (friendly with Radclyffe from co-writing for the likes of Riton, Sinead Hartnett and Ray BLK), who’s effortless falsetto was immediately apparent as the perfect foil to the band’s airtight grooves.

From its irrepressible opening moments right through to the EP’s vivid, arresting artwork which draws you straight into PREP’s sun-speckled world, ‘Cold Fire’ pops and fizzes with the breezy joy of its own creation.