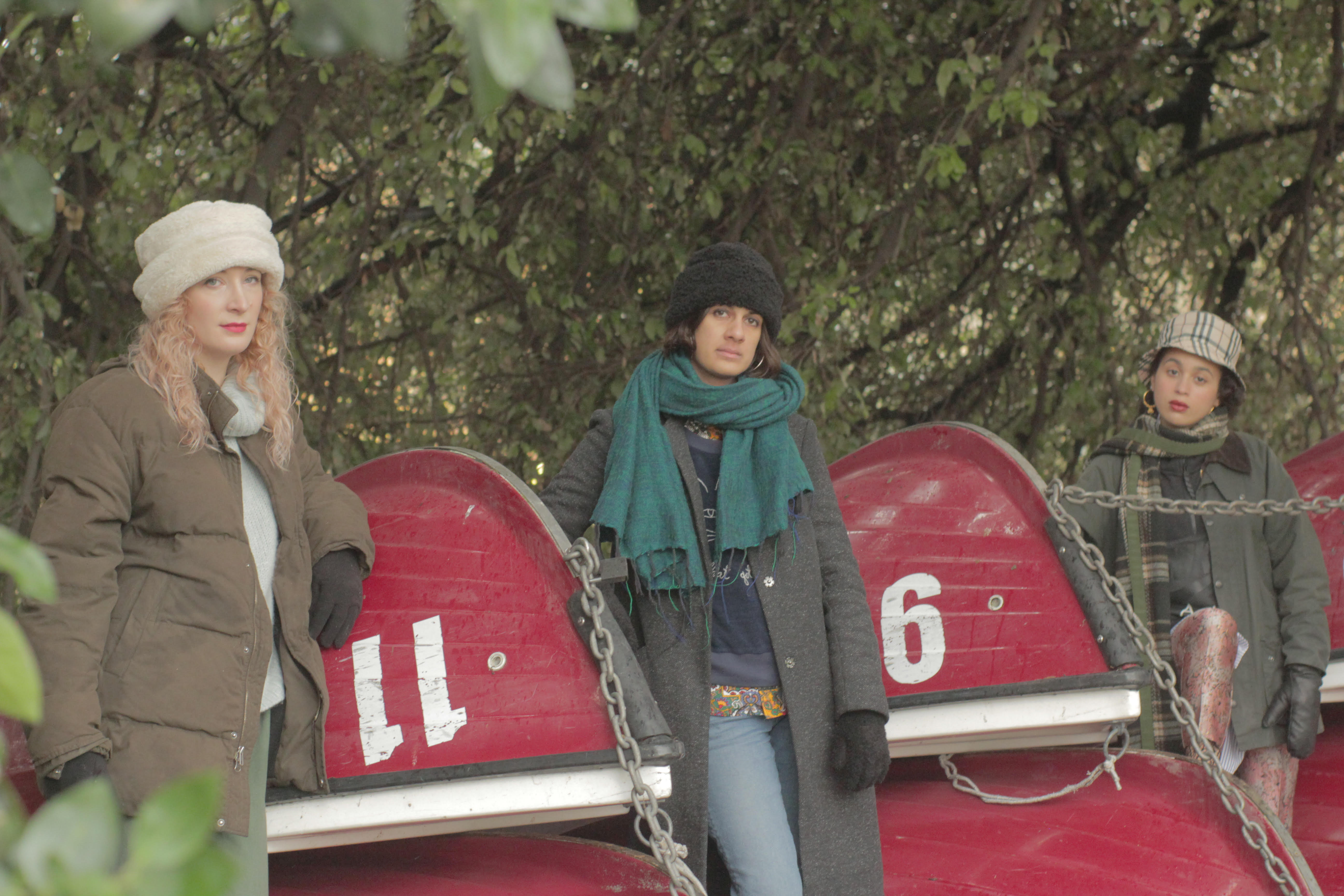 Pioneers of a genre called ‘Trip Jam’ which fuses elements of Latin, funk, psychedelia, soul and hip hop music, Peluché are a troupe of intrepid troubadours whose freewheeling artistry have already pegged them as a standout force in London’s rapidly diversifying sound.

All self taught musicians, they formed in 2014 through a beautiful stranger in a customer service encounter and quickly formed a strong musical bond through their love of jamming. Peluché jam in their self-built studio space in a garden shed, and always record the foundations of tracks live. Their songwriting is jam-based and their live shows are partially improvised and draw you into their unusual world. Their live video series, The Shed Sessions, show an insight into this musical realm and have allowed the band to share new music and visuals directly to their fans.

High praise has been heaped on them from Noisey, i-D, Q, NME and The Line of Best Fit and The Guardian who described their sound as “dub spaciousness and pop sensibility, one that John Peel might have played on his show circa 1981…idiosyncratic but infectious…like Sade on 4AD”. Wireless support has already come their way from the BBC (Radio 1 and 6Music), Radio X and Resonance FM, and they’ve opened shows for some of the brightest stars in contemporary music, including Pumarosa, Everything Everything, Ghostpoet, Loyle Carner, Glass Animals, Flamingods, Ibibio Sound Machine and Boxed In, with a record on Dan Carey’s Speedy Wunderground label to add to their already impressive CV.

Now their latest single ‘Keep Making Me Happy’ offers Peluché’s most musically liberated offering yet. They say of it: “‘Keep Making Me Happy’ developed from a mood and an unspoken feeling – we were jamming in our shed to some old Ibiza Club Classics and suddenly the bassline, beat and atmospheric sounds arose, built and repeated until we were lost in the rhythm of the groove.”

Slippery latin bass grooves, subtle instrumental flourishes, funk breakdowns, and a touch of magical lyricism a la Kate Bush or Cocteau Twins makes for an unforgettable sonic journey into the tinderbox chemistry of a group with a collective and deeply personal musical vision. Their obsessive and borderless consumption of wildly divergent styles has helped them to arrive at exactly where they need to be. Peluché have created a demand for music that only they can create, and that’s a surer sign of longevity than most bands with triple their experience could claim.

The track’s accompanying video, directed by Jam Lindsay offers the surreal serenity of their favourite London landscapes. The emotional journey through London shows the sometimes isolating, cold city, with glimmers of hope; “From day to night we are warmed and uplifted by the lights on a chilly winter’s evening. If you are open to it you can find some comfort in anything.”

Peluché are in studio working on their debut album with an eye to releasing it later this year. Even from this point, it’s already shaping to be one of the most distinct and vital British sounds of 2018

‘Keep Making Me Happy‘ comes out on the groups own label, Big Teddy Records, on the5/7th of March.

Peluché headline The Shacklewell Arms on the 5th of June. Tickets here.