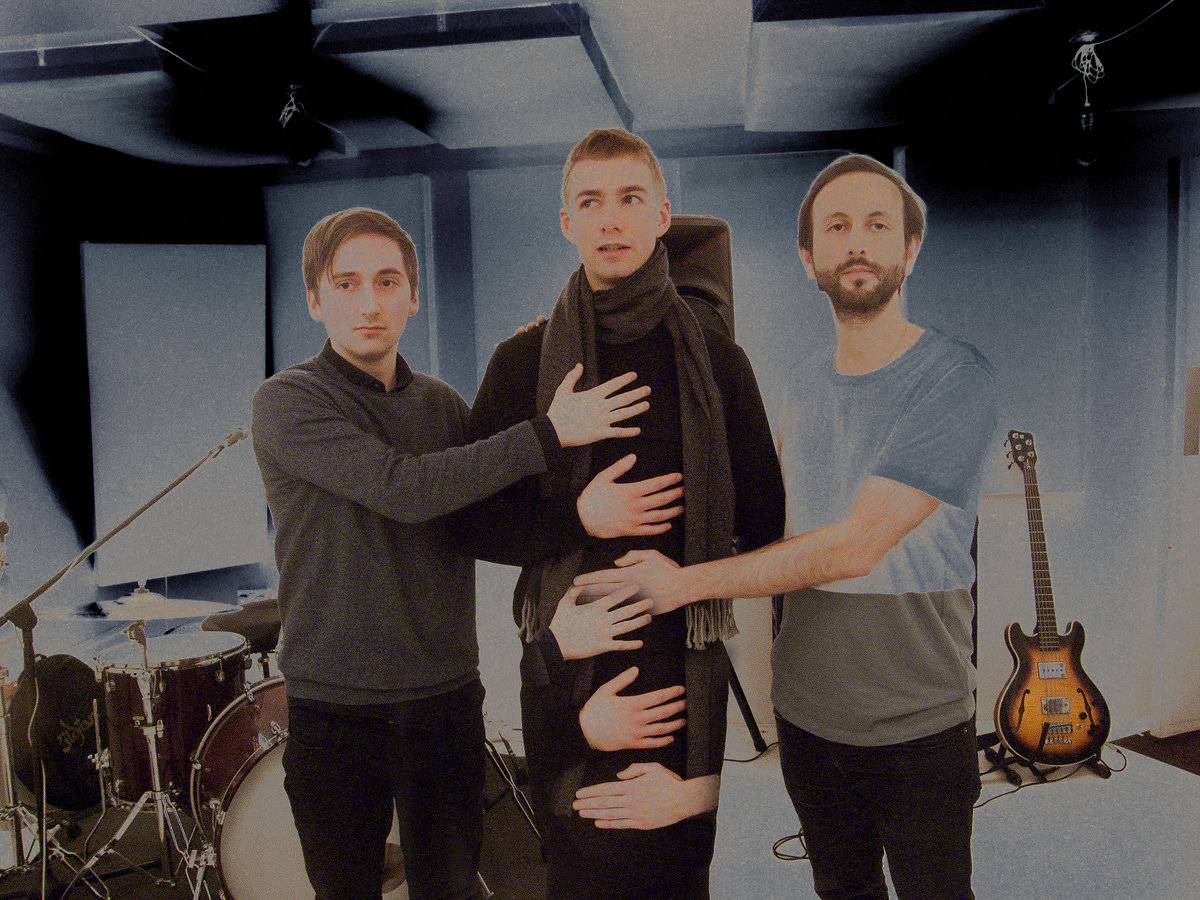 London three-piece Organised Scum unveil a stylish/retro visual to accompany the release their first single of 2018, Unborn Cars, a wonky, understated tune recalling the quirks and buoyant production of ‘80s art-pop. Think XTC, Sparks or Split Enz shackled by the modern-age’s pressures and trappings and you’re on the way to imagining the Organised Scum sound.

The title of this latest single, as well as being part of a long lineage of sharp-witted song names (‘Consultants of Swing’, ‘Machine Gun the Breeze’ and ‘Who’s the Prick?’ to name just three)  is a reference to Werner Herzog’s documentary about the internet (Lo and Behold: Reveries of the Connected World). In this film a GoogleX employee makes reference to ‘unborn cars’ of the future, a turn of phrase that bemused vocalist Tom Duggins.

This moment of forgetting that cars are manufactured rather than ‘born’ is taken to draw parallels with the way our society has also been covertly constructed; “if you dare to ask who created our social world, then you’re in the territory of being told that cars are born, and that that our society is a natural outcome of forces beyond our control” says Duggins.

Parallel to this there is a sweeter undertone: “I also wrote this track thinking of my niece – who’d just turned two at the time. She was starting to talk properly and the phrase ‘we can understand what you’re saying’ was going through my head. I realised how incredible even the simplest acts of communication are, and how we take this stuff for granted, especially nowadays when we’re in constant contact with everyone and everything.”

Releasing their debut EP in late 2016, Organised Scum were soon receiving support in the UK from key tastemaker media, the likes of NME, Drowned in Sound, The Line of Best Fit andBBC 6Music all getting on board with their wry, jazzy-pop stylings.

As well as routinely gigging throughout the UK, the band were invited to play at the inauguralMondo NYC 2016 industry conference in New York, for which they were highly praised for their performance.