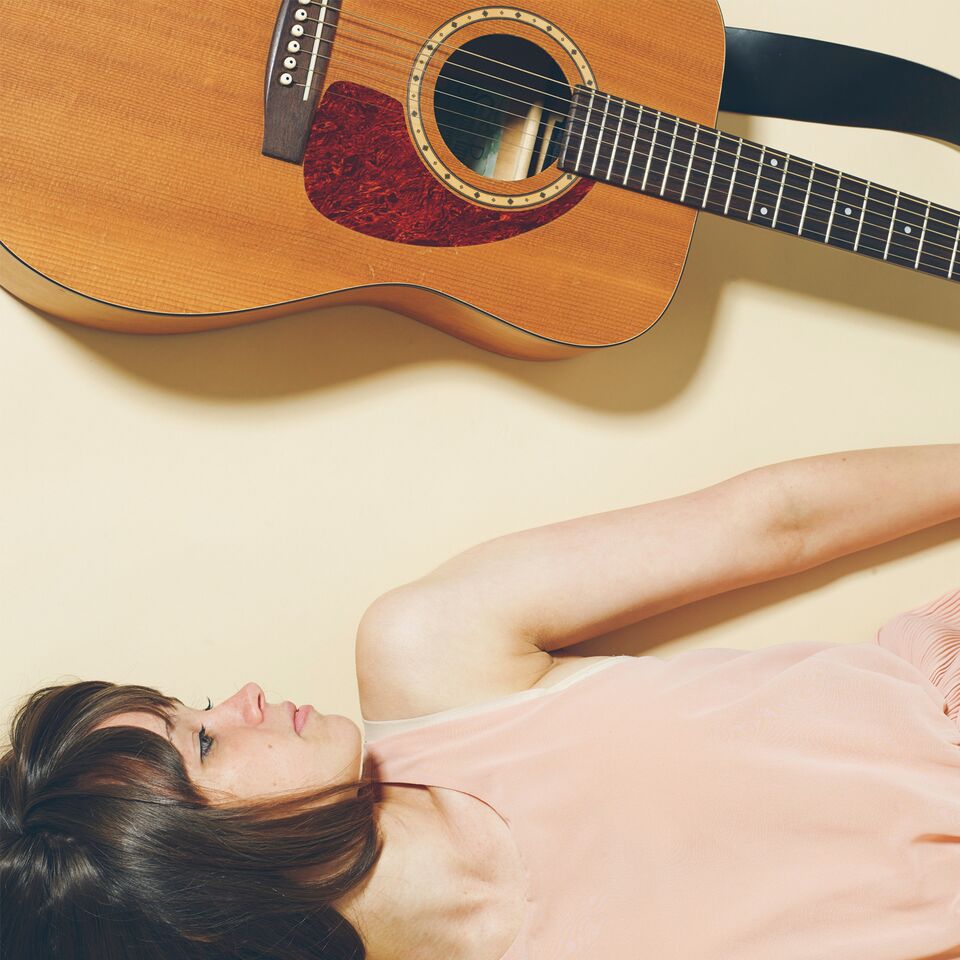 Better At Night Due May 25th Via Small Pond Recs

“Beguiling, enveloping… her delicate yet empowered songwriting carries within in it deeply personal truths.” – CLASH

“Hard To Forget” (out 2nd March) is the second single from singer-songwriter and multi-instrumentalist Natalie Evans ahead of her debut LP, which is due in May via Small Pond. This track builds on the momentum of first single “In Trees”, which has gained 45,000 Spotify streams, radio support from BBC Introducing, and props from Clash, Women That Rock, Punktastic and beyond. While winning new fans, Evans’s new material has also been met with excitement by existing followers of her work (which has included guest vocals on Delta Sleep’s “Camp Adventure” – a cult hit with more than 1.5 million Spotify plays).

Fusing her virtuosic talent on guitar, harp and piano with finely tuned songwriting sensibilities, Natalie Evans’s songs glow with a rare self-contained grace, as she wraps her minimalist and deceptively simple lyrical lines in winning hooks and harmonies.

Like the last single, “Hard To Forget” boasts reverb-heavy percussion sounds created from stamping in the cavernous barn-turned-studio of producer Martin Ruffin, and the song continues the theme of nostalgia and night-time confidences that runs through the album as a whole. A lo-fi intro of folk guitar and a single, unadorned vocal line blooms into a chorus of layered harmonies and warm, country-inflected electric guitar licks, as Evans reminisces on the puzzling emotions of youthful friendships and parties in years gone by.

“I like putting pop-sounding, catchy vocals over more complicated guitar. I just feel it creates something fun”, says Evans. “The style of guitar I play now probably comes from listening to a lot of emo and math rock as a late teenager, but even before then I liked to learn fingerpicking songs that used alternate tunings. I also enjoy the technical aspect of writing music that I find difficult to play – I like to challenge myself.”

Influenced as a songwriter by eclectic artists including Jeffrey Lewis, Warpaint, Björk, Sufjan Stevens and TTNG, Natalie Evans has herself inspired comparisons with folk sensation and fellow harpist Joanna Newsom. Her early career has seen her winning fans via self-releases including the “Houses” EP, and the aforementioned Delta Sleep hook-up. She has also worked with TTNG (Sargent House) side-project The Otter Years, and Apidae (Dumont Dumont), and released a split single with US rising star Yvette Young, which tied in with a joint tour of California. Also playing extensively in the UK, Evans has performed alongside acts including Laucan (Sunday Best), Tall Ships (FatCat) and Delta Sleep (Big Scary Monsters).

Although she’d had no classical training, a fascination with classical music inspired Evans to learn piano and harp in recent years, her talent and studious approach leading her to achieve an astonishingly high level. These instruments add to her mastery of the guitar, which began as a teen hobby and became something of an obsession when she discovered the finger-picking style that she has gone on to make her mainstay.

A constantly surprising artist and a captivating live performer, her new album and accompanying live shows (TBA) are set to bring Natalie Evans’s unique yet accessible style to much wider renown.