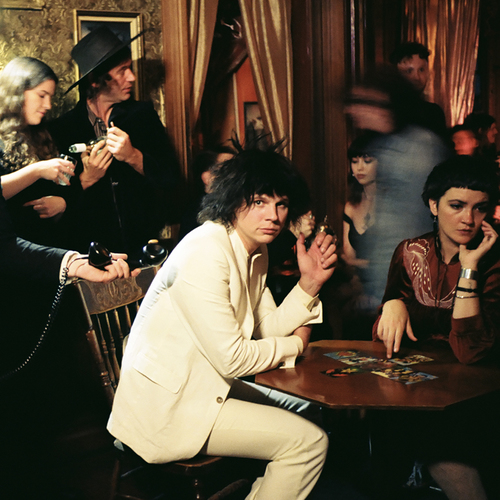 Announces first ever European tour in May

“A timeless piece of vintage songwriting in the spirit of Chilton and Dylan…It is much like it’s creator; cheery, self-assured, a bit bizarre, slightly comedic, and utterly genius.”utterly genius.” – The Line of Best Fit

The Louisiana-bred, Portland, Oregon-based, rock’n’roll performer that is Kyle Craft has announced his first ever UK shows in May, following the release of his rollicking delight of a record, Full Circle Nightmare, out now via Sub Pop. Having garnered praise for his observational storytelling talents and his uniquely compelling voice, he will now be treating European audiences to his famed, incredible stage performances, accompanied by a full band. This follows an extensive US tour, including dates at SXSW. See full EU tour dates below.

Following up from his acclaimed debut Dolls of Highland, Full Circle Nightmare traverses all the different nuances of rock’n’roll, from the bluegrass twang of ‘Exile Rag,’ to the gothic style of ‘Gold Calf Moan,’ it’s a timeless piece that could exist in any of the past five decades. It evokes a never-ending night out in a sweaty saloon bar: bottomless rounds, endless packs of cigarettes and hours dancing to the jukebox.