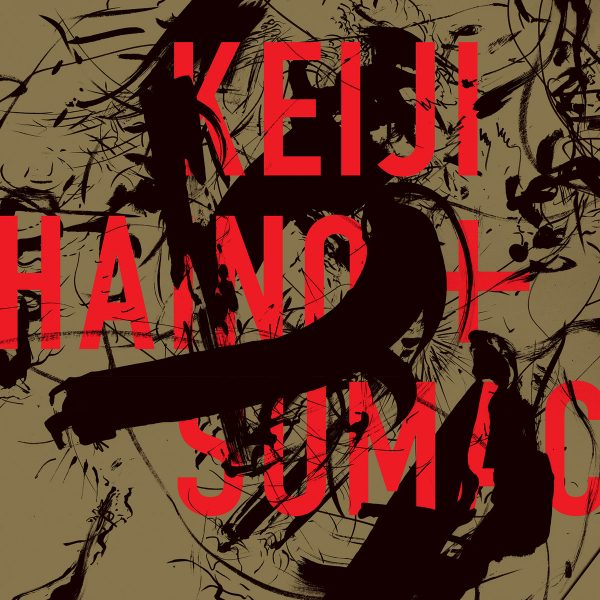 Sumac, the formidable post-metal masters who count Aaron Turner of Isis and Mammifer and Brian Cook of Russian Circles amongst their ranks team up with legendary Japanese experimental musician Keiji Haino (who specialises in all manners of avant-garde music, taking in noise rock, free improvisation, psychedelic, minimalism and drone) for a collaborative project that shows off the maverick nature of the music of both these artists. Haino has worked with the stories likes of Merzbow, Boris and John Zorn in the past and on their last EP; Sumac worked with a variety of different artists to enhance their music and both in paper and in audio form this collaboration makes perfect sense and the two artists have a shared respect for each other’s music that shines through on the album.

This is music in its most explorative and out there form and Sumac act as a soundstage for Haino to truly let loose on and the results are a mixture of intriguing and downright devastating. This is music that is bathed in performance art and would work as a sublime work onstage, just as well as it works on record.

The atmosphere created on here is breathtaking and as soon as the title track which acts as the album opening starts, you know you are in for a hell of a ride but it’s a ride that us truly worth taking. At just shy of twenty minutes, the track is immersive, dark, and experimental in equal doses and Keiji Haino truly lets loose while Sumac provide a suitably dark and depressive background for Haino to run wild on, and run wild he does with his radical and inventive way with sound acting as the perfect foil for Sumacs traumatic bursts of sound.

After that manic and epic opening, the wonderfully titled, deep breath, What Have I Done? ( I Was Realing In Something White and I Became Able To Do Anything I Made a Hole Imprisoned Time Within It Created Friction Stopped Listening To Warnings Ceased Fixing My Errors Made the Impossible Possible? Turned Sadness Into Joy) Pt. I follows and is more in the vein of Sumac’s past material with the droning influence of Haino right up there, creating a daunting noise.

I’m Over 137% A Love Junkie And Still Its Not Enough Pts 1 and 2 are the next two songs with the first part acting as an an almost jazz like wave of mellow vibes cut with the wails of Haino and this creates an uneasy listening experience that is as haunting as it is captivating. The second part of this saga is a much harsher proposition and opens in a wall of feedback with the sound of Sumac set to attack with their vicious waves of noise and bass colliding beautifully and although the song gets more mellow and atmospheric as it goes on, there is still an element of terror that prevails all the way through.

The album closes with (another deep breath!) What Have I Done? ( I Was Realing In Something White and I Became Able To Do Anything I Made a Hole Imprisoned Time Within It Created Friction Stopped Listening To Warnings Ceased Fixing My Errors Made the Impossible Possible? Turned Sadness Into Joy) Pt. 2 and this closing combo is a crushing way to finish things off, dizzying rhythms face off against feedback laden walls of noise and caustic grooves and the whole thing is a culmination of what has come before it and shows the impressive musical capabilities and sheer vision of all involved.

American Dollar Bill – Keep Facing Sideways, You’re Too Hideous To Look At Face On is far from an easy listen on the surface but it is a vast piece of forward thinking music that needs time invested in it for you to truly immerse yourself in the majesty of the music of Keiji Haino and Sumac together and once you do immerse yourself in their world, it is simply put, an incredible audio experience.