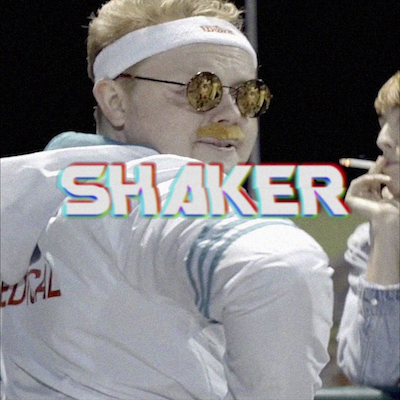 The next attention-grabbing track from stoner/groove rock five-piece InTechnicolour is “Shaker”, which was unleashed on the world via upfront airplay from Daniel P Carter on the BBC Radio 1 Rock Showand Wyatt Wendels on Planet Rock, ahead of its official release date of 16th March. InTechnicolour have also confirmed tour dates supporting Black Peaks in May (see dates on next page) ahead of their soon-to-be-announced debut album.

This new cut follows the “Doomer” single, which racked up support including the BBC Radio 1 Rock Show, Kerrang! Radio, Team Rock, Punktastic and The Monolith, as well asbeing featured in top Spotify playlists including New Music Friday and Rocked.

“Shaker” sees lead singer Tobie Anderson upping the intensity of his drawling, opiated vocals for a stealthy beast of a tune, on which the exuberant guitar chops of Dave Jackson and Elliot Tatler shred through a desert-influenced cyclone of riffs, propelled by the rhythm section juggernaut that is Vlad Matveikov (bass) and Mark Roberts (drums). Anderson’s bracing vocals convey a thoughtful and topical lyrical theme that grew from being, in his own words, “stupidly preoccupied with the idea of ‘Hypernormalisation’”.

He elaborates: “It’s a song about thinking you’re fooling people, pretending to be something you’re not, and at the same time fooling no-one into thinking your mask is real. Everything we hear and see and read is so coached and manipulated, and we are all completely aware this is going on but still we consume the words of the ‘wise’… I think that’s where the ideas in this song were born, from this feeling that the more we coach and the more we control, the bigger the echo chamber becomes. Trust, I believe, is one of life’s keys to happiness, and how can we trust anything when we are constantly being fed an edited, Instagram filtered existence?” In typical InTech style, “Shaker” comes with a massively entertaining video, building on the epic retro ping-pong tournament of the “Doomer” clip with an anarchic and debauched, ‘80s-inspired football match featuring a who’s-who of the Brighton experimental rock scene in footage that they will live to regret for years to come.

Their combination of haunting, powerful vocals, suspenseful, progressive clean sections and anthemic, unforgettable choruses have marked InTechnicolour out as ones to watch, landing somewhere between the slack desert-groove of Kyuss and Karma to Burn. However, their influences don’t end there, as their penchant for combining simple yet deeply satisfying riffs with a dynamic vocal style calls to mind the sounds of Baroness, Gojira and Mastodon through to Queens Of The Stone Ageand Drenge. With previous releases under their belt including a self-titled EP (supported by NPR, Upset and Decibel, among others), “Shaker”continues the story, paving the way for the debut InTechnicolour album later this year.