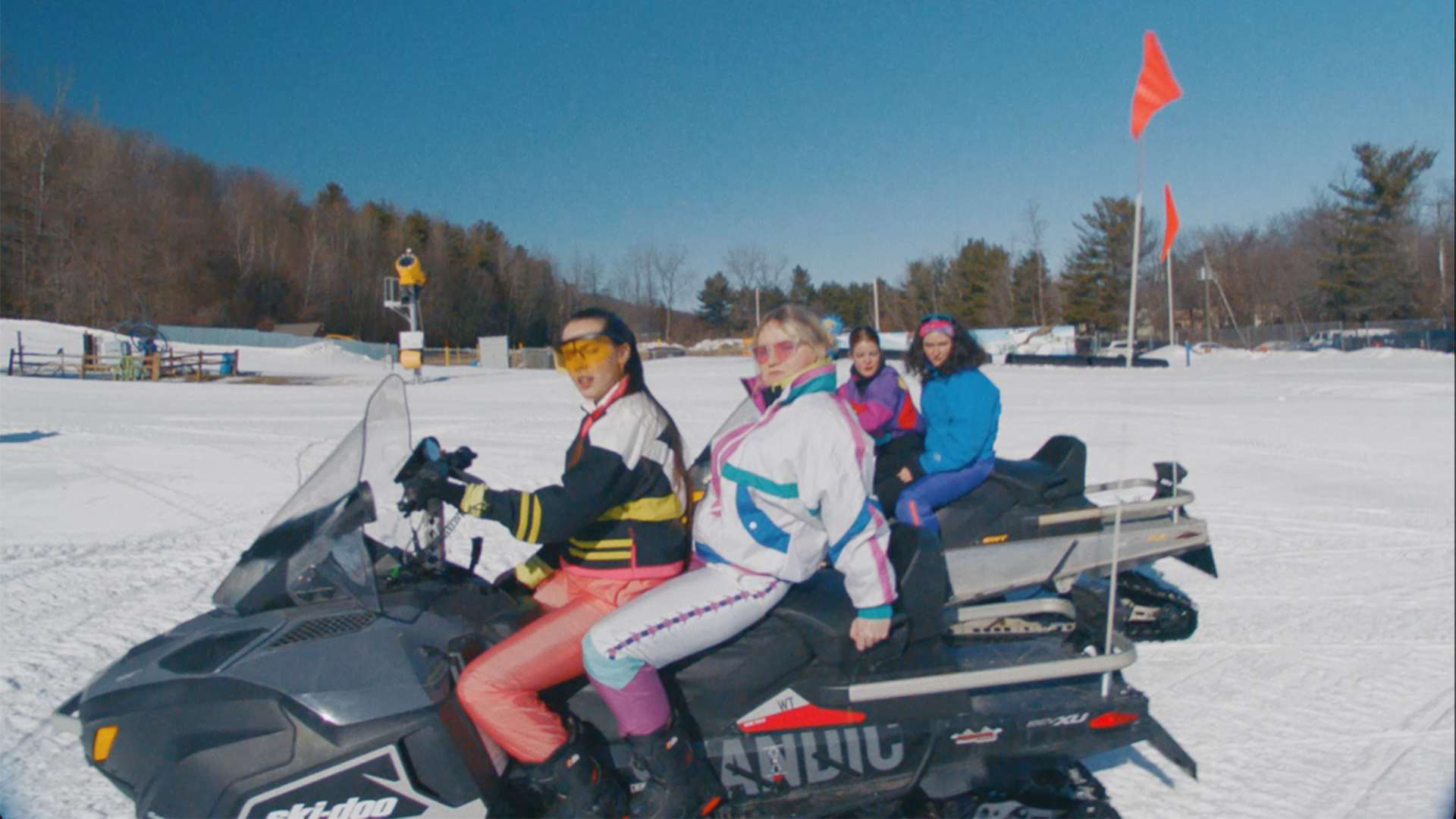 The vibrant, colour-popping video showcases a perfect meeting of minds, with Cohen (who has directed videos for Goldlink, Lil Yachty, Gus Dapperton, and Clairo’s recent viral clip for ‘Flaming Hot Cheetos’) shooting Hinds at their most carefree on the ski slopes of Upstate New York  –  continuing the sports theme from their recent ‘New For You’ video – with après gigging, jet skis rides and partying in chalets.  We wish we were there.

The new album shows a bigger, better, faster, funnier, more dexterous Hinds. Co-produced by the band and Gordon Raphael [The Strokes, Regina Spektor], and mixed by Shawn Everett [Alabama Shakes, Perfume Genius, The War On Drugs], I Don’t Run is the product of a band fighting for their place, a band unwilling to rely upon their successes, a band who have just begun to prove themselves, and a band who plays hard but works even harder.

Hinds’ breakout debut album Leave Me Alone may have been an album of party anthems drenched in metaphors, but with I Don’t Run, it’s time to cut right to the chase. Some might expect them to write songs about being happy, young and carefree – “but we’re not satisfied with that,” explains guitarist and co-vocalist Ana Perotte. “On this album the struggles are clear. We want to be brave.” I Don’t Run is Hinds’ return with an honest reflection on a period that changed their lives beyond their wildest imaginations. Since 2014, the band has been on a globetrotting run. They’ve never professed to being error-free, and they’re all the more brazen for it having survived everything that’s been thrown at them: world tours, sold-out crowds, harsh criticism, sexism, and all that lies in-between. Hinds have become better musicians, tighter friends and tougher characters.

Hinds conquered SXSW last week with a whopping 14 shows, to be followed by a co-headlining US tour with Albert Hammond-Jr. They return to our shores this April as they bring I Don’t Run and their insanely fun live show across Europe. Be sure not to miss out, get your tickets HERE. 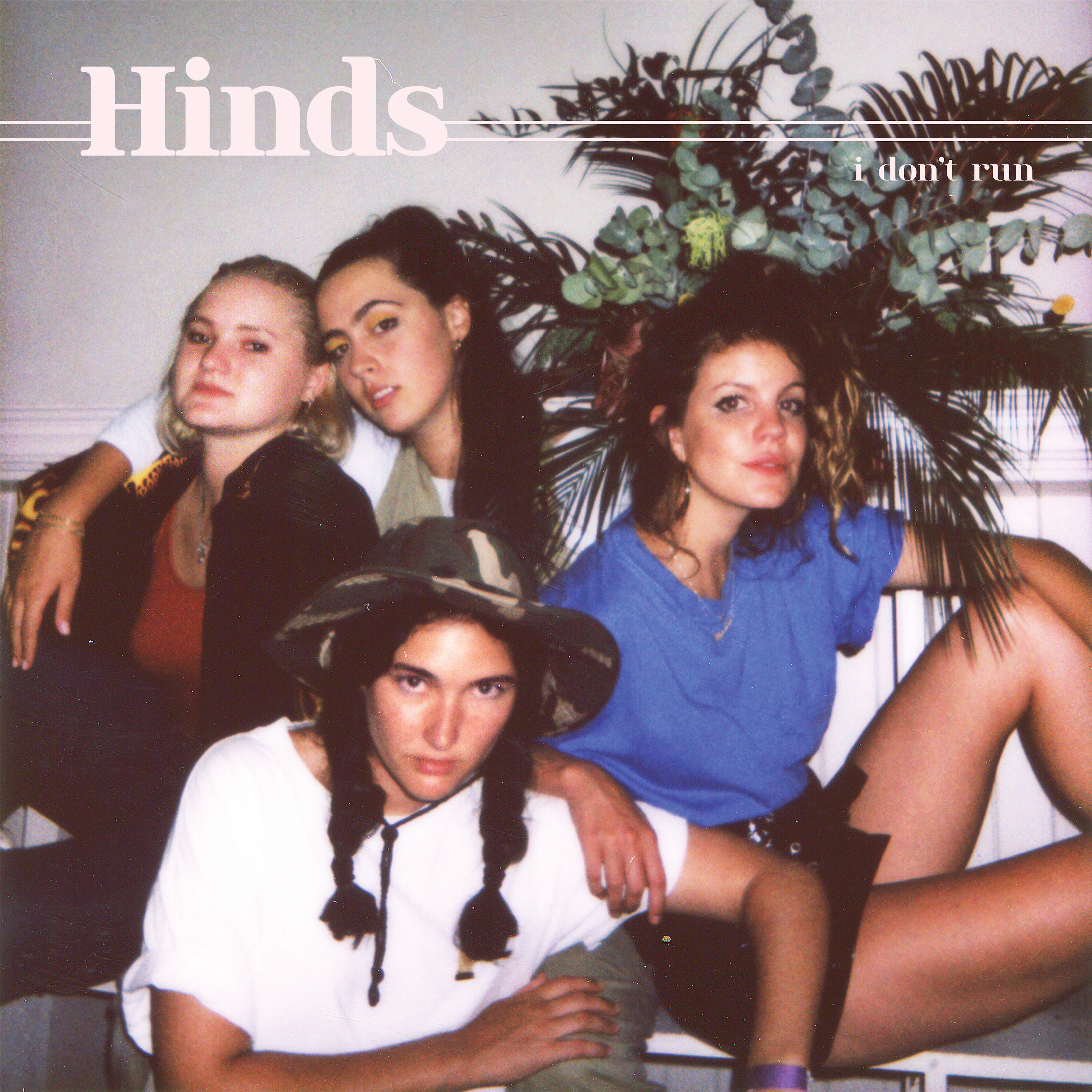