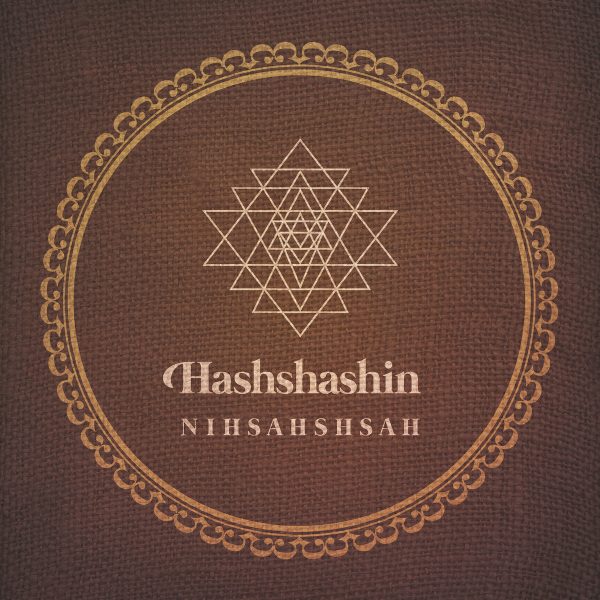 When Sydney based progressive psychedelic drone band Hashshashin released their album nihsahshsaH a couple of years ago, it was an album that combined droning riffs with an assured Eastern mysticism and was as hypnotising as it was expansive, seemingly perfect for the live arena. Fast forward a year and the band played it live and this dream was realised and came into fruition with the help of guitarist Simon Dawes (from Instumental adj. and Kurushimi) who adds an extra dimension to the music with his playing which is now immortalised in the form of nihsahshsaH (adj.).

The tracks take on different forms from their studio counterparts with tracks like The Ascetic and Moksha taking on a sound that gains extra power in a live environment, the circling riffs, psychedelic vibe and hypnotic drone elements of the bands songs are still there but have an element of more even freedom and sound even bigger, even louder and even more epic.
The mysticism of their music hasn’t been lost at all though and remains at the forefront of the Hashshashin sound and when you listen to the massive Ascension, complete with the mesmerising mantra at the beginning of the song, that is the first thing that enraptures you. The tribal elements are also especially prevalent on this song which acts as a midway point in the set and album.

The master stroke, again, is the mammoth Levitation, a song that lives up to its name when it comes to building the listener up with a number of twists and turns during its duration But it is the sheer breathtaking power that the song delivers that is the most impressive thing about it, huge droning guitars morph into massive hypnotic grooves and creates an overwhelming wall of sound.  nihsahshsaH (adj.) concludes with Immolation, a vital song that concludes this experience on a real high.

Of course, Simon Dawes plays a blinder here and his guitar playing is nothing short of immense but full credit must go to the rest of the band as well. Evan McGregor’s drumming and percussion drives the whole album along and intertwines with Cameron MacDonald’s frenetic bass and Lachlan Dale’s bouzouki to maximum effect They all work together brilliantly to create a live document that is both mystical and special so turn it up loud and let the live spirit of Hashshashin take control of your mind and your ears.

As We Sink! pt.2 interview.