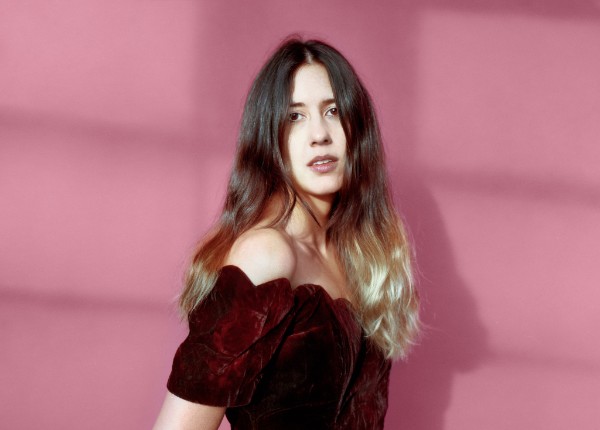 Half Waif has released “Torches,” the second new track from forthcoming album, ‘Lavender’, which is set for release on April 27th via Cascine.

Of the song, Nandi Rose Plunkett says: “‘Torches’ opens with the terror of a world that burns, tempered by the cool reminder of an undying coast somewhere nearby. It then imagines what happens when that lit darkness reaches you before you can reach the water’s edge – when you come to feed off it, called by the scream of the open, endless road. It’s probably not surprising that I wrote this song in the days immediately after Trump’s election, driving through Texas on a stretch of highway.”

‘Lavender’ was announced last month with a video for lead single “Keep It Out,” which NPR said “tackles the relationship – between the self and others – with compelling introspection and striking emotional honesty.”

Opening a new era for the project, this new album expands upon themes of travel and leaving home to include connections Nandi forged with the women in her family. About Lavender she shared:

‘Lavender’ was co-produced by David Tolomei and mastered by Heba Kadry. It is available for pre-order now and due out on April 27th via Cascine. Limited edition LPs will include a special photobook, featuring exclusive photographs corresponding to each song on the album. Pages are perforated and can double as photo prints, with song lyrics on the reverse.