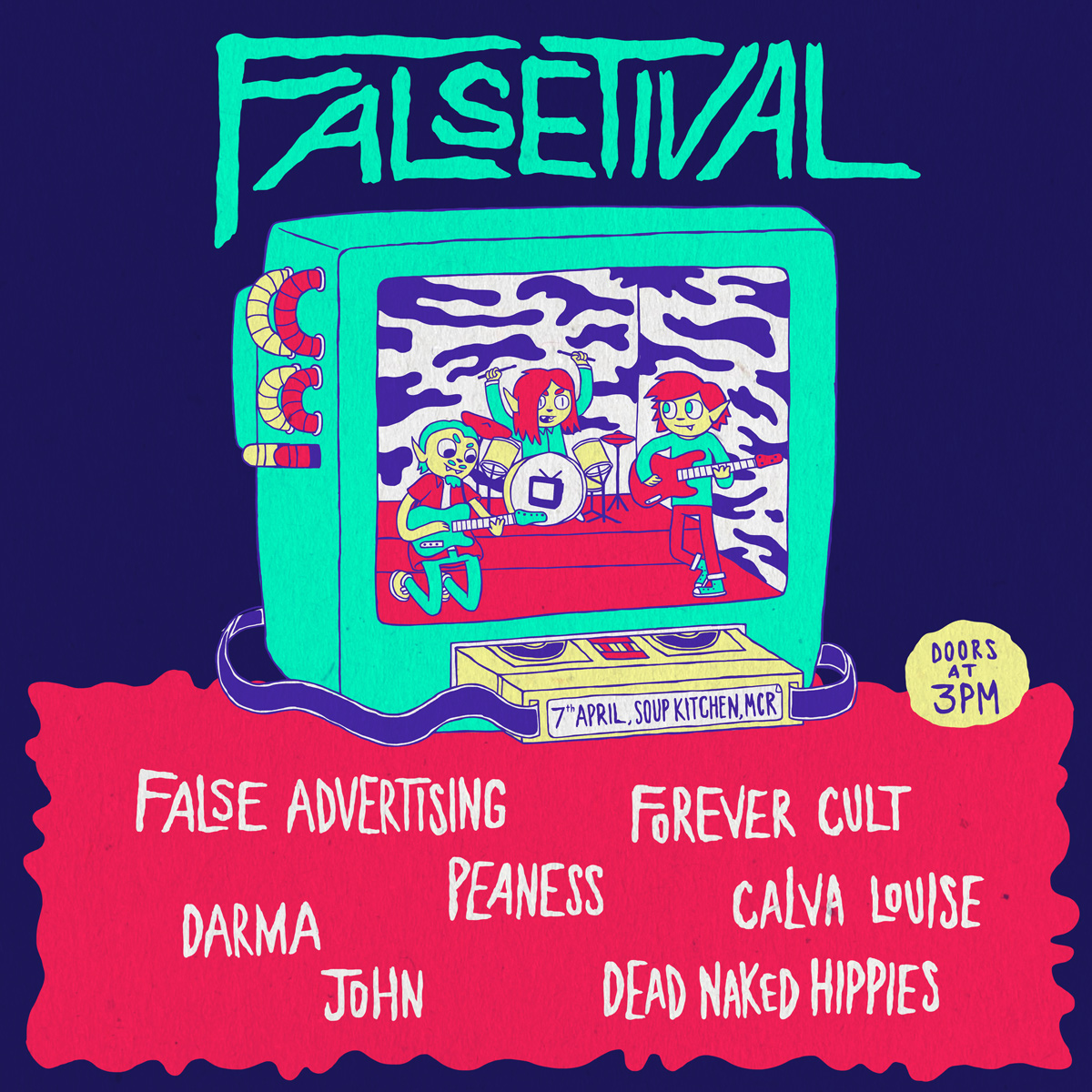 False Advertising are pleased to present the full line up for their inaugural DIY-all-dayer, Falsetival, which takes places at Soup Kitchen in Manchester on 7th April 2018.

Purveyors of instrument-swapping-chaos and hosts False Advertising will be joined on the bill by bratty, beaming perfectionist punks Forever Cult and their manic, fuzzy, energetic tunes, the super-likeable indie feel-good songwriting heroes in Peaness, and the surf grunge energy of Calva Louise.

The line-up is completed by long-time friends DARMA who bring their notoriously erratic stage antics and new material, an array of riffs and cutting vocals from Dead Naked Hippies, and the fuzz-happy bangers of curious duo JOHN.

Commenting on the idea behind the event, band member Jen Hingley said: “Inspired by the daytime festivals that we’ve visited and played over the last year (like the SXSW day parties, Wrong Festival, The Great Escape and SWN), we decided to put together our own DIY all day gig, which has somehow – potentially by name alone – become known as a festival. We asked a bunch of the bands that we’re excited about at the moment to play and then spent ages deliberating over how we should complete the line-up having had about 20 bands ask us whether they could join too.”

Alongside this the band are thrilled to announce details of Belligerent, a new Japanese-exclusive album collating previously released tracks from the last two years of the band’s output, due for release 11th April in Japan via 2670records.

A limited number of CDs are available in the UK through bandcamp and at upcoming shows, featuring re-mastered tracks from both their ‘I Would Be So Much Happier If I Just Stopped Caring’ and ‘Brainless’ EPs.

Recently stepping up their live appearances alongside the likes of Everything Everything and Idles, the band are currently working on a new album at Paul Epworth’s Church Studios in London, with new material to be revealed soon. Festival appearances elsewhere this summer include Kendal Calling (main stage), The Alternative Escape, Pwer Festival, Hanwell Hootie and more TBA. 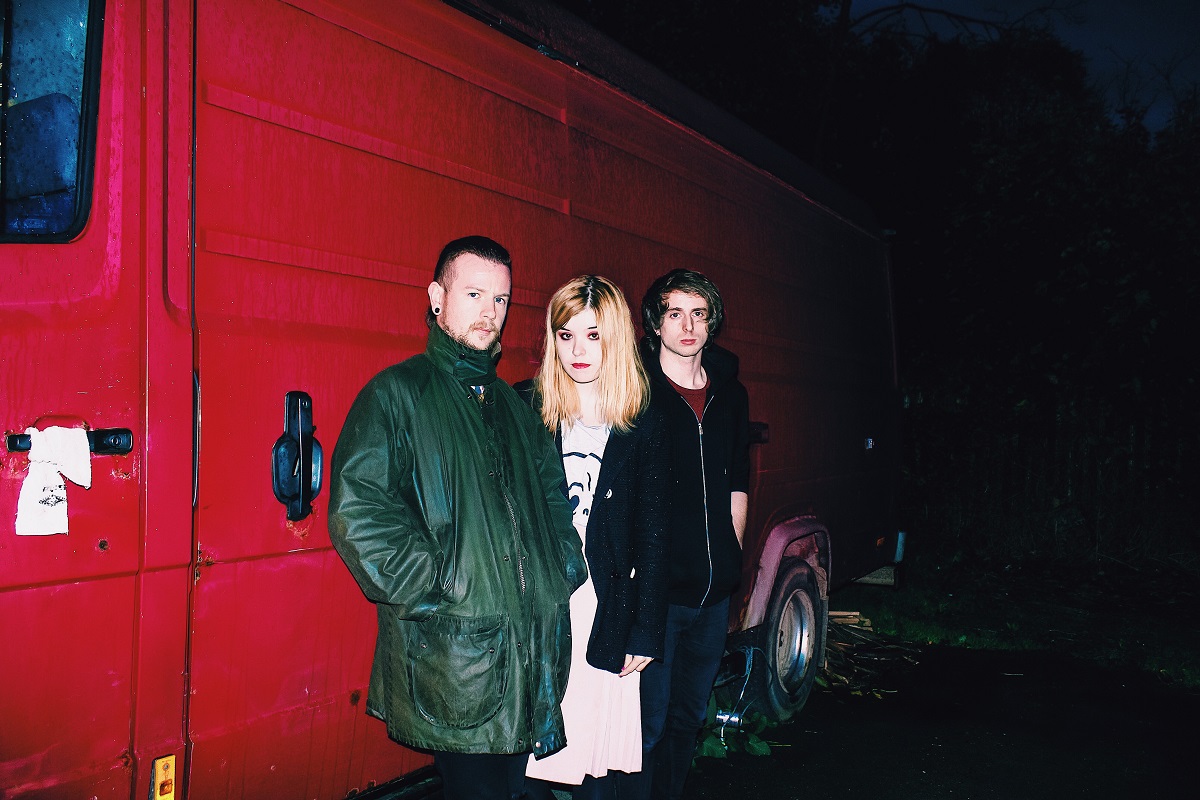