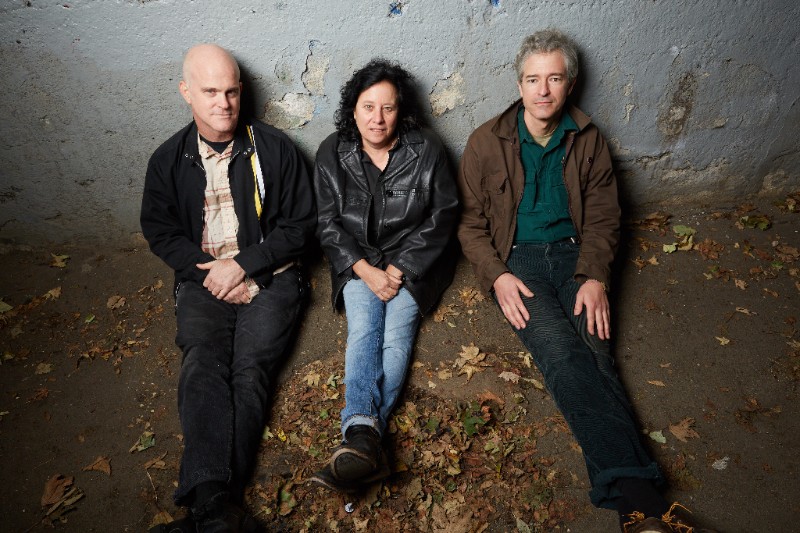 E
releasing new album
Negative Work
Out on 25 May

“Change and struggle are in every note E produces.” – Washington Post

“Rippling with a rhythmic intensity that recalls Six Finger Satellite and a psychedelic abstraction
redolent of Unwound.” – The Wire

E, the trio of Jason Sidney Sanford, Thalia Zedek and Gavin McCarthy will be releasing their new album Negative Work on 25 May 2018. E make angular, energized, and idiosyncratic rock music. These accomplished and inventive musicians could not be more different in the way they express themselves but their egoless dedication to ensemble playing and writing shapes E’s distinct sound. Negative Work is the product of three individuals whose dedication to the collaborative process may very well be the source of compelling tension underlying their songs.

Recorded and mixed in 4 days at Machines With Magnets (Battles, Lightning Bolt), the album captures the energy of E’s gripping live shows. There is lots of room in this recording, each voice distinct and clear. The album title, Negative Work, is a nod to an essential part of their creative process. “Writing a good song is frequently not so much about how much you can put into it, but also about how much you can take back out,” says Sanford. While the topics are as varied as their creators, from a dissection of the words of Alberto Giacometti, to the defiant sexual liberation of lead single “Untie Me,” the band finds cohesion in shared emotions and a sense of defiance.