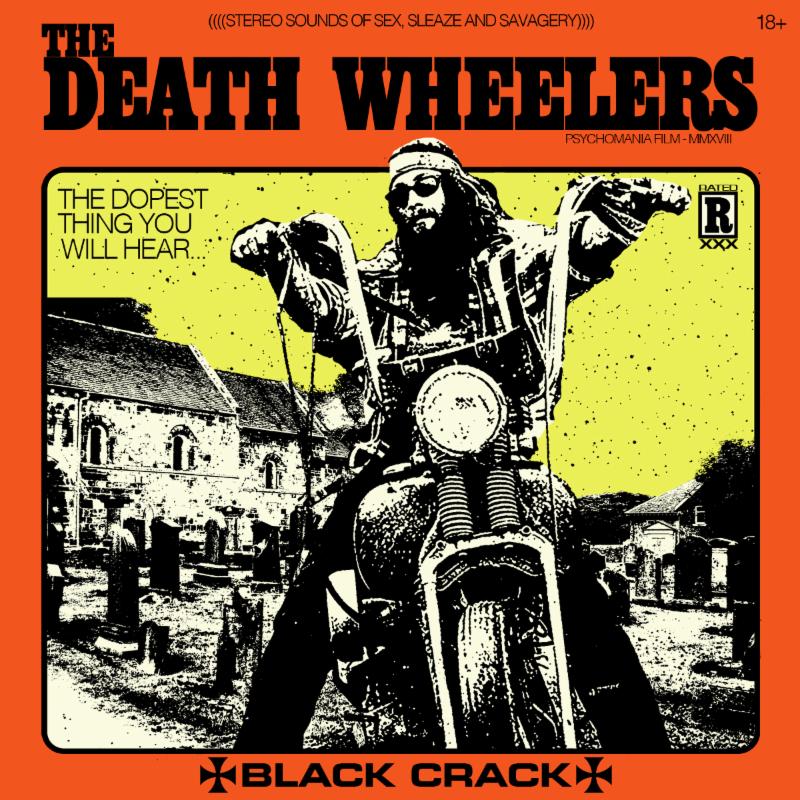 “Sounds like it belongs in a scene out of Easy Rider…. Like what would be played during the epic bank robbery climax scene.” — Metal Injection
Canadian heavy rock instrumentalists The Death Wheelers share a new track from their forthcoming full length debut I Tread On Your Grave today via Metal Injection
CvltNation recently shared the title track “I Tread On Your Grave” HERE.
Heavily inspired by the aesthetics and ethos of bikesploitation movies such as The Wild Angels, Werewolves on Wheels and Psychomania, The Death Wheelers seek to glorify this unsung era of movie making through their sordid sounds. Taking musical cues from rock’s greats such as Davie Allan, The Cramps, Motörhead, The Stooges and Grand Funk Railroad, the Death Wheelers perpetrate the tradition of heaviness by making zero compromises when it comes to laying down the groove. Through their bare bone, stripped down, jammy approach of their very own brand of sleaze n’ roll, this instrumental Canadian quartet pushes the listeners to their deepest, filthiest carnal/sexual desires.
I Tread On Your Grave is more than just an album — it’s devised to serve like the soundtrack to a wild B-movie in your mind, following this truly awesome plot synopsis:
Decimated in 1972 by local authorities, all members of The Death Wheelers, a notorious motorcycle club, have been buried at the Surrey cemetery. But the time has come and they have risen for their last ride. They’re back from the grave and they’re hungry for blood! Nothing can stop this gang of living dead from recruiting new members as they travel coast to coast to find the filthiest, nastiest, trashiest individuals to join their ranks. Their goal, assemble a legion of 13 “discycles” (disciples+cycles) to seek revenge on the pigs that dismantled the club and send them to their graves. The cycle of violence continues…
Yes, please! Their debut LP, a sonic desecration dedicated to the dead, is an ode to the earlier days of rock ‘n’ roll when lust and danger were an integral part of the scene and culture. This violent offering of pure aural aggression, recorded full band with no bells and whistles or studio trickery, is a testament to what The Death Wheelers stand for: rawness and power.

I Tread On Your Grave will be available on LP, CD and download on May 11th via RidingEasy Records. Pre-orders are available at RidingEasyRecs.com.