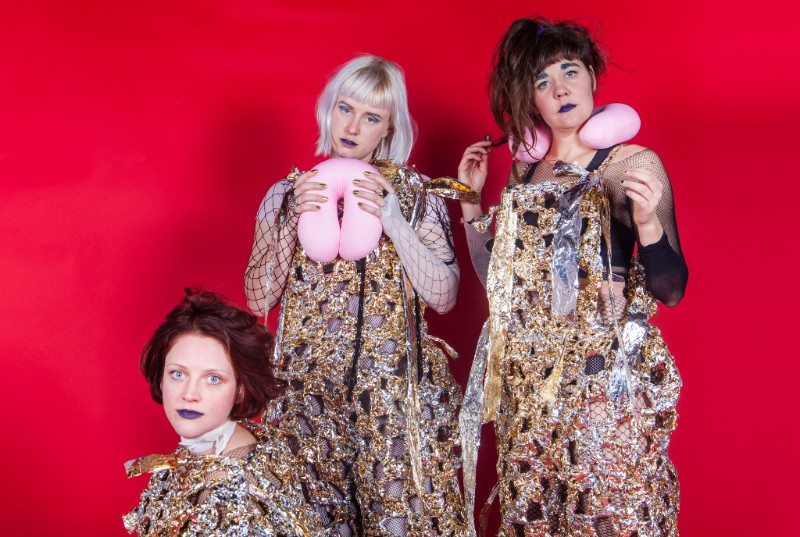 Charismatic Megafauna want to light up the dancefloor and destroy it. With drum-hop-punk-powered missives about guys in spandex, the shitness of Theresa May and female ejaculation, Susannah Worth, Georgia Twigg and Jenny Moore refract their feminism through an absurdist lens – party music for politically-minded people, if you like.

“We love people who come from another planet,” they say, reeling off a list of extraterrestrial artists that includes Prince, FKA Twigs, Planningtorock, and “Kate Bush before she loved Theresa May”. Accented by hypnotic percussion and heady blasts of cosmic keys, the band’s UK Prime Minister-lambasting track nods to anti-government demos with its single-sentence phrase: “Theresa May not talk for me.”

Album opener ‘Sorry’ was inspired by a Donald Trump comment about his female communications director Hope Hicks. “When we / Say we / Are so sorry / We don’t mean it!” they shout. “It’s a kind of in-joke, but all of the women in the room get it,” offers Jenny.

Video director Alexis Dirks says of the production process “There is so much theatre in the way Charismatic Megafauna performs, that I thought capturing some of the process of their costume, hair and makeup decisions would be a nice visual pairing with their music – seeing the transformation as they become their performing selves, and a group.

They often purposefully invite limitations or interventions on their movements – a constraint to consider – a frame to work in. Filmmaker Amy Gwatkin shot them in their tightly packed practice space, with all their equipment and lots of costumes and fabric, to see how they decided to move in this environment – what gestures would emerge.” Watch the video for ‘Sorry’ below:

Charismatic Megafauna prove that there is great power to be found in repetition. Choose your words carefully, deliver them with zest and you’ve got a pop meteorite primed to wreak havoc. ’Guys In Spandex’ is a prime example – a track exploring the misogyny of bike courier culture with humorous lyrics about mansplaining cyclists and their “packages”. Then there’s ‘Take The Stairs’ – an anti-diet food dispatch about rice cakes.

“I think we’re still working out how to be a feminist band, not just a band that makes songs about feminism. So that manifests itself in who we work with, how we make decisions, how we conduct ourselves financially and how we behave,” explains Susannah.

The three-piece formed in 2013 at Oxford’s Supernormal festival, after assembling for a Saturday morning discussion about women in music and creative practice. Ironically, the discussion was overshadowed by the sheer volume of the male bands performing on the stages around them. “It was meant to be a women’s space and we were all sat there on hay bales not being able to hear each other,” recalls Georgia.

Motivated by their collective need to “make something” and the burning desire to do something none of them had ever done before – play the drums – Charismatic Megafauna was born. “It was a case of less talk, more action!” they chime.

Plunging straight in at the deep-end, with no professional training or hard-worn technical skills, forged a sound unshackled by the rigidity of academia or outside influences. “I think something that’s always been there from the beginning is that we don’t want to be attached to a specific sound, just because that’s what other people are making at the time,” continues Georgia.

Five years after that fateful meeting on the hay bales, and the band have racked up an impressive portfolio of live shows that includes a 2016 performance at Tate Modern, an intimate gig at a former dentist’s in east London and a “strange” set at Shoreditch House, as well as shows in Norway, Amsterdam, Athens and Glasgow.

Only once you have experienced the unbridled energy of Charismatic Megafauna live, will you truly understand their extraordinary vision. The band have in the past made their own performance costumes and their aesthetic boasts the kind of creative flair you would certainly expect from three former art students, although they are quick to distance this from their music making.

In her 2015 memoir Girl in a Band, Kim Gordon likens the act of performing to “being fearless”. Charismatic Megafauna echo this sentiment with their rule about stage outfits: “We choose whatever makes us feel strong on the night,” says Jenny.

For Georgia, this means being “the most slob version” of herself onstage, while Jenny revels in the potential theatrics of performance, noting how this band is the first time she learned how to “properly put on make-up”.

She continues: “For me, it’s the only music I make where I can be another being in my body; I feel like it’s really physical for me and it’s a massive release. I can be a different version of myself, which I think a band is really good for.”

Personal goals and reflections aside, Charismatic Megafauna thrive on inspiring other women to follow suit. “The best feedback we can ever get at the end of one of our gigs is to have women come up congratulating us and saying, ‘we’re gonna start a band!’.” In 2018, that’s an earth-changing gift. 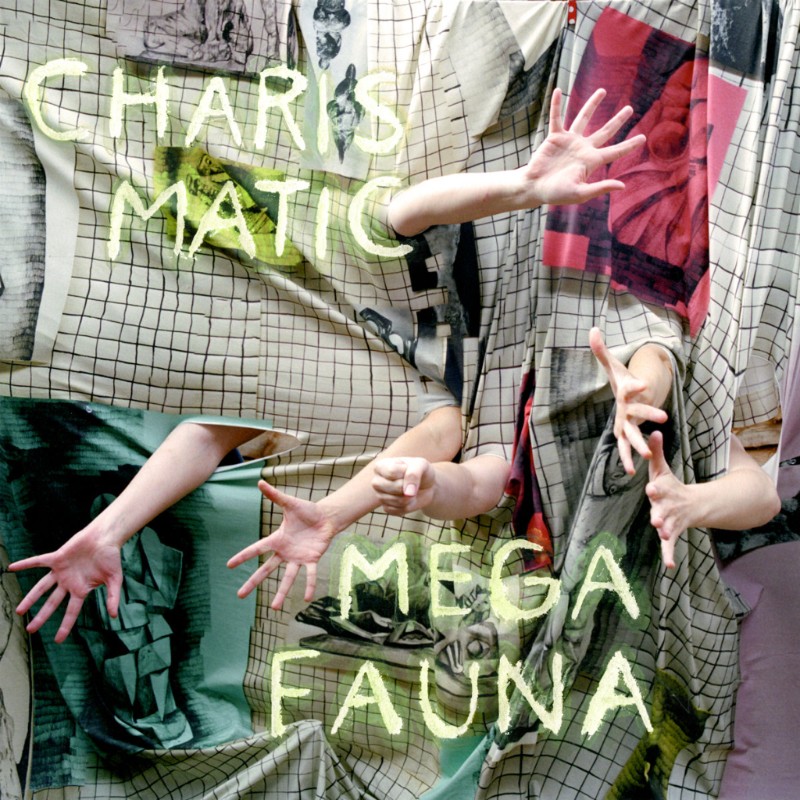 All Boy/All Girl Premiere Genre Defying “Not It”