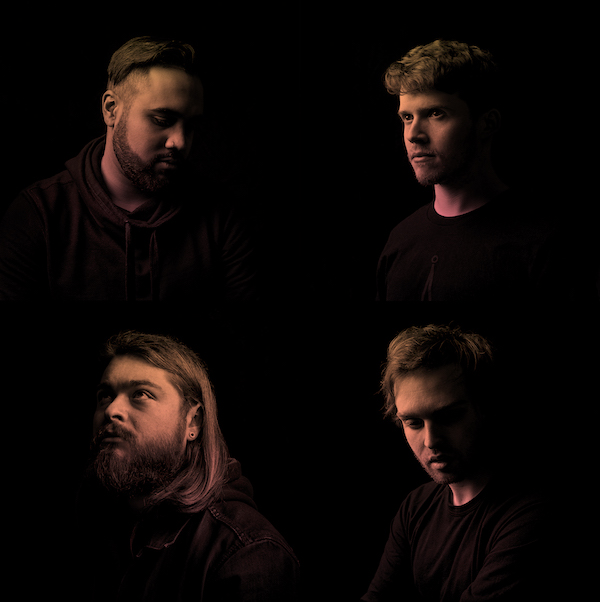 Stream “Why” via Stereogum

Animal Flag have just announced their new album Void Ripper, coming our April 13th on Flower Girl Records and Triple Crown Records. The band is streaming the first single from the album “Why” now via Stereogum. Stereogum says “Why,” “starts off with a slow-burn portrait of a humdrum origin story: a couple getting married because why not, a conception with less-than-enthusiastic beginnings. The chorus explodes and crackles into life, as Politoski reaches Oberstian levels of intensity.” Pre-orders for Void Ripper are available now via Flower Girl Records. Animal Flag is touring this spring, including shows supporting Sorority Noise. A full list of dates can be found below.
Stream Animal Flag’s new song “Why” now via Stereogum.

Even though Animal Flag have been making music since 2009, it’s best to think of the Boston-based band’s new album, Void Ripper (due out April 13th on Flower Girl Records), as a beginning rather than a continuation.

For every step along Animal Flag’s musical path — from their early days as a solo folk/electronic project for Politoski through 2012’s Everything Will Be Okay, 2013’s The Sounds of Sleep and 2016’s LP — another collection of songs brings the chance to build something great, squeeze every ounce of passion out of it and then demolish it in favor of a new frontier. “I tend to think of the music I’m apart of as an album-by-album endeavor,” Politoski says. “Each one is its own thing that creates a universe.”

Yet for all the changes the band have endured over the years, both musical and member-wise, their pasts still do color the present. Heavily influenced by folk artists like Sufjan Stevens and David Bazan, Politoski’s meditative musical voice gives Void Ripper an introspective aura that counters the heavy rock influences of his bandmates.

To that end, Void Ripper is all at once intimate and expansive, booming alternative rock often shrouded in dark undertones and the occasional electronic flourish but colored with introspective soul-searching themes. The band juxtapose the immediate (“Stray”) and the ethereal (“Why”) impeccably on the nine-track album, but they admit it took a few attempts to hone the sound.

“We’d never made any Animal Flag recordings with this lineup,” says Weeks, who produced and recorded the album over the course of two years. “It was a pretty ambitious first attempt at making music together. We kept adding things to the point where it was too much. We went back and cleared out a bunch of stuff and made it the true, accurate representation of what the songs would sound like if you came to see us live. Our original vision was for it to be straightforward and really raw.”

Not only raw musically, Void Ripper also breaks down emotional walls with Politoski’s lyrics, as the singer struggles with weighty existentialism.

“I think a lot of the strain that’s on the album is about observing the physical limitations of being a human and the moment of dread when you realize you’re not going to live forever,” he says. “That’s the void: that cavernous, empty nothingness. I think a lot of the time I let that feeling drown me and destroy me. The other side is combating that. When I think of ‘void ripper,’ I’m going to fight back and know I can have meaning in the world and exist.”