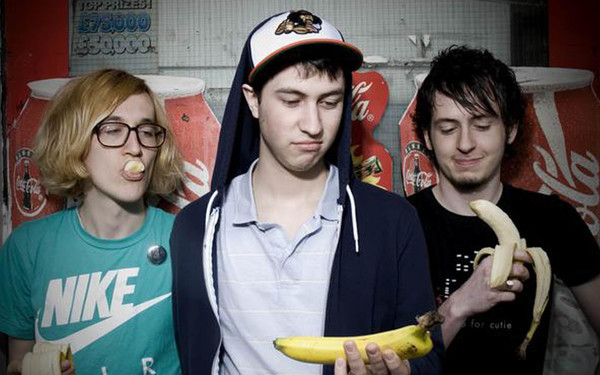 It’s been a while, but to celebrate one of the world’s great underappreciated albums, and to do something typically bloomin’ cool, Alcopop! Records are delighted to announce they will be pressing a very special reissue of Kingston-Upon-Thames band TUBELORD’s seminal debut album Our First American Friends released on 13th April 2018.

The standard repressing comes on transparent yellow vinyl, BUT WAIT – there’s also a very special version with a little bit of the original at its heart.

As one BBC reviewer famously put it, “Whatever you want to call that smashing up of songs and then stitching the bits back together, Tubelord do it, and they do it very well indeed!”

They really did, and now this very quote has provided the inspiration for smashing up what has gone before, and stitching it back together via a vinyl re-press. Nice. Yup, they’ve literally taken an original copy of the first run’s test pressing (from 2009), smashed it to dust, and sprinkled the remains into a limited edition run of 200. Please don’t mention how much that would have been worth on discogs to them.

Front man Joseph Prendergast remembers some of his favourite moments from the period of the band’s debut release: “Talking on the phone to Michael Azerrad. Being on tour and listening to our session for Huw Stephens on BBC Radio One in the van. Playing festivals on a huge stage and seeing people sing along. Seeing adverts for OFAF in magazines that I knew my uncle bought. Signing our publishing deal for Sony ATV on the lid of a bin in the Dublin Castle. Taking friends in bands with you on tour and watching with pride as your fans become theirs. Collaborating with your favourite artists to make your artwork. Playing our first gig outside of London to an audience of two: the sound engineer and a dog. Some things never change.”

Drummer David Catmur adds: “This record is extremely special to me as it was the first full length album I ever recorded. I felt at that point like I had full creative control over something that turned out exactly as I had envisioned it, something that I discovered in the years ahead doesn’t happen all that often. With regards to the repressing, I hope there are a few aged math fans left out there that dig this. I still have one test pressing left of OFAF so let’s see how this goes and hopefully in another 20 years we can do another run and all retire filthy rich on the earnings.”

“Our First American Friends is still a huge part of my life” concludes bassist Sean Bamberger “It’s being part of a band with two incredibly talented musicians who pushed each other to grow and excel in tandem, and made me try my hardest to do the same. It was an album created not just by the band, but by everyone that supported a niche genre and went out of their way to offer us their ears, beds, food and friendship. It’s my youth, and each song on the album is full of hugely happy memories of places, people and emotions to me. Alcopop’s repressing is a reminder of all those joyous times and will hopefully turn some of the new wave of twiddly mathy fans out there onto just how fantastic Joe and Dave’s synergy of creativity and structure, hooks and complexities really was.”

For those in the know, Tubelord were trailblazers. In the mid-noughties, somewhere in Kingston-upon-Thames amidst the rise of indie pop, little did anybody know that one of the most exciting alternative-math-rock bands in the UK was gearing up to take the circuit by storm.

Joseph Prendergast (vocals and guitar), David Catmur (drums and backing vocals) and Sean Bamberger (bass and backing vocals) met at Kingston College, and their mutual love for well-constructed melodies and signature rhythm, would bring them together to form a band that would mould the scene for years to come.

Initially self-releasing a number of singles and their first EP, Tubelord performed relentlessly for their first few years together, touring the breadth of the UK with the likes of Tellison – later releasing a split single together in 2008 – and This Town Needs Guns, amongst others. However, heavy touring schedules would unfortunately lead to the departure of Olev Saunders from the band, soon to be covered by Sean Bamberger on bass.

Teaming up with fellow Kingston label Banquet Records, PIAS distributed label Hassle Records and Oxford-based Big Scary Monsters, Tubelord​ went on to release numerous critically acclaimed (Rock Sound, DIY, BBC ) splits and singles throughout 2007 and 2008, and many described their sound as “pop songs for rock kids”. In 2009, after signing to the aforementioned Hassle Records, they hopped in the studio with producer Tristan Iverny (Frank Turner, The Van Doos, Beans on Toast) to start recording what would later be described as their most exciting work to date.

Our First American Friends (2009), the debut album from Tubelord, brought together 10 tracks (some formats would even be graced with a bonus track, rightfully titled ‘Half Man, Half Amazing’) packed with rhythm changes and playful lyrics, and was met with unanimous praise and excitement. The mish mash of cleverly constructed lyrics and intelligent math-rock, seasoned with incredibly catchy choruses, was an overwhelmingly well-produced debut release that set the band on top of the ladder.

Now, there’s a golden opportunity for a new generation of fans to experience this seminal record for themselves, and an irresistible offering for superfans and vinyl collectors alike. 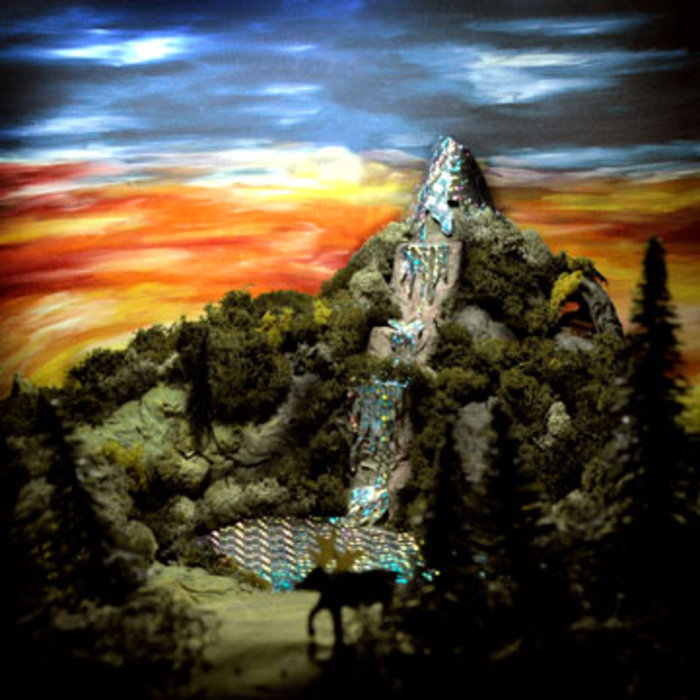 1. Your Bed Is Kind Of Frightening
2. Somewhere Out There a Dog is on Fire
3. Night of the Pencils
4. Stacey’s Left Arm
5. Propeller
6. He Awoke on a Beach in Abergavenny
7. I Am Azerrad
8. Cows to the East, Cities to the West
9. Synthesize
10. Our First American Friends