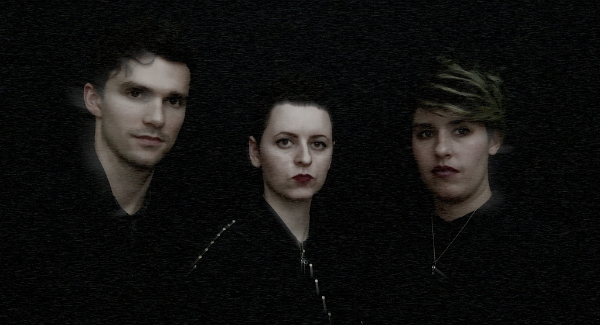 A Deer A Horse are now premiering their new song “Cold Shoulder” via The 405. The 405 says, “A Deer A Horse traverses a narrow line between aggressive, fierce punk and earworm pop… The thundering drums of Dylan Teggart and Angela Phillips’ syrupy bass make you want to pound your chest, while the screeching guitars of Rebecca Satellite give ‘Cold Shoulder’ its deliciously sharp edges.” The song will be released as a cassette on Brooklyn tape label GP Stripes. Pre-orders are available now on Bandcamp. A quote from the band on the single can be found below. A Deer A Horse are currently on a full US tour, including dates this weekend at SXSW. A full list of tour dates can be found below.
Hear A Deer A Horse’s new single “Cold Shoulder” now via The 405
“Cold Shoulder is about anxiety, particularly the anxiety we feel in a capitalist society that keeps us in a cycle of debt and fear: fear of failure, fear of financial ruin, fear of instability. You find yourself unable to pursue the things you love, spending your time keeping up with the daily grind and adhering to the milestones society has set out for you. The song speaks particularly to the cycle of debt in the American education system. Having fulfilled the expectation of obtaining a higher education, many of us are left with a lifetime of debt that keeps us from actually pursuing the things we set out to do. “A backhand in the right hand” is every structure set up to misguide you into following a path that leads you further and further from true fulfillment.” – A Deer A HorseRooted in Brooklyn’s DIY scene and inspired by the chaos of their city, A Deer A Horse has grown into a relentless touring act over the years, clocking in almost 100 shows in 2017 alone, and garnering a nod by Audiofemme as one of the hardest working touring bands in the US. Formed in 2011 by former college classmates Rebecca Satellite (vocals/guitar) and Angela Phillips (bass/vocals), the band came into its own with the addition of drummer Dylan Teggart in 2015, as the thundering rhythm section began to channel the weight of their lyrical content.

Their 2017 release, Backswimmer, drew praise from the AV Club, which compared the unlikely marriage of doom metal dirges with vocal earworms to “the Melvins turning in a pop song, finding ways to keep a hook running through a song that’s otherwise grim and sludgy.” The album captures the band in their most primal form, a collection of songs with pounding rhythms, enormous riffs and inescapable melodies.

A Deer A Horse recently wrapped their new album (for which the new single Cold Shoulder is a preview) at Silver Cord Studio, home-base of French metal pioneers, Gojira, and are showing no signs of letting up their heavy touring schedule in 2018. They have a six week national tour booked in support of the new single in March/April and will continue to tour throughout the remainder of the year. 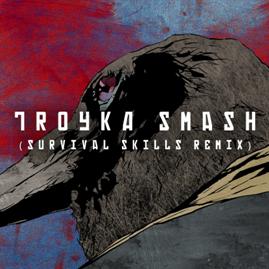