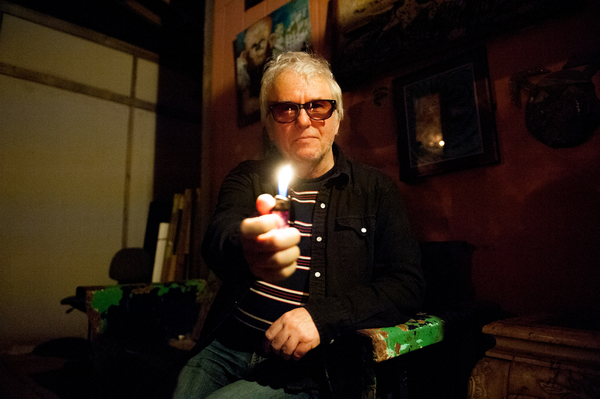 Wreckless Eric
Announces new album Construction Time & Demolition
Due out on 30 March via Southern Domestic Records
UK Tour in May
CONSTRUCTION
It’s all about the sound, always the sound – music without sound is literally nothing, so I concern myself with the sound. And texture.
A bridge was built spanning the Humber Estuary. Britain joined the Common Market and Hull became Hull, Gateway To Europe. None of it made any sense – the bridge connected Hull with Lincolnshire and the docks closed down.
Gateway to Europe – it’s the start of something big
TIME
All there is is time, hold that thought and it’s gone
We think we have automobiles and houses and furniture and health and longevity but we don’t – they’re all temporary. All we have is time and I’ve become increasingly aware that time is always running out. Life is a long song as the hairy bloke with the flute once said. The longer it goes on the more exhausted I get trying to figure out how I got to where I’m at now.
Staring at the clock with no idea
How the fucking hell did I get here?
DEMOLITION
I’ve reached an age when I see buildings being torn down that I remember being built.
In the early seventies when I lived in Hull I saw whole streets demolished, turned into vast expanses of dust and crumbled brick. The residents were relocated to faraway places that I only knew as destinations on the fronts of city buses.
I wanted the music to sound as though it was demolishing itself as it went along, and at times I wanted to actually hear it destroy itself, fuzz in and out until all that was left was the flat tone of a heart that’s stopped beating.
*** ** ***
Wreckless Eric is Eric Goulden. He was given the name to hide behind. After a while he realised he was stuck with it. His recording career began in 1977 when he was little more than an ex-teenage art student with the enduring “Whole Wide World” (recently a Billboard chart hit all over again for the US band Cage The Elephant). He sidestepped the mechanics of fame and became Britain’s premier underground household name, much loved and often underestimated.