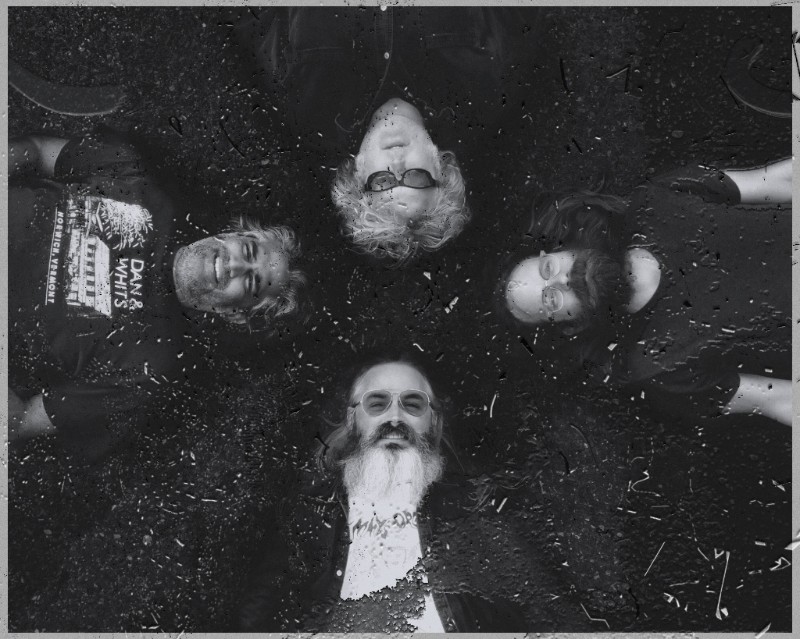 Album Out May 25th

West Coast psychedelic quartet Wooden Shjips will release V., their fifth album, May 25th on Thrill Jockey. Inspired by the tumult of the modern world, and the desire to offer a contrasting vision of peace, the band has created a record that filters their trademark hypnotic grooves through an optimistic lens, resulting in music that is bright and vital.

The band has shared the album’s first single “Staring At The Sun,” a track that clocks in at almost 8 minutes and was written by guitarist and singer Ripley Johnson as he watched wildfires ravage the Pacific Northwest during the summer of 2017. V. follows their acclaimed 2013 album Back To Land, which was praised by the New York Times, NPR, Stereogum, and more.

Wooden Shjips, long-time leaders of the contemporary psychedelic movement, expand their sound with V. The quartet of Omar Ahsanuddin, Dusty Jermier, Nash Whalen andRipley Johnson augment their already rich sound with laid back, classic summer songs. The songs were written during the summer of 2017 by singer and guitarist Ripley Johnson as an antidote to the pervasive anxiety both political and natural. As Ripley tells it, “We had huge forest fires just outside of Portland and there was intense haze and layers of ash in the city. I was sitting on my porch every evening, watching ash fall down like snow, the sky looking like it was on fire. It was an apocalyptic feeling. Summer in Portland is usually really chill and beautiful, and we were working on a ‘summer record,’ but the outside world kept intruding on my headspace.” V., a graphic representation of the Peace sign, seemed apt to an album focused on the power of peace, beauty and resistance. The music is a balm against the noise and negativity.

The first single “Staring At The Sun” is a nearly 8 minute laid back, slowly building narrative, whose lyrics tell of a gentle push and pull between the desire for sun and escape and the tug of anxiety, with peaceful resistance winning the day and guiding the tone. The restless traveler Johnson gives us a few of his signature traveling songs such as “Eclipse,” and “Red Line,” both showcases for the stellar rhythm section of Omar Ahsanuddin and Dusty Jermier. Their unparalleled sense of groove and restraint leaves ample room for Nash Whalen’s keyboard flourishes. There is movement and urgency in these tracks without aggression, a rolling foundation of rhythm over which Johnson’s voice floats and elongated melodic guitar lines soar.

Each song shimmers with a distinctly Wooden Shjips sound, a relaxed summer vibe. This was a conscious choice, an atmospheric goal that influenced nearly every detail: the tones, the delay types and reverbs used, as well as the synthesizer elements that color the songs. The basics were recorded by Jason Powers at Types Foundry Studio in Portland. The guitars and vocals were largely recorded in Ripley Johnson’s comfortable home studio. The album was mixed by Cooper Crain (Cave, Circuit Des Yeux) who the band has formed close bonds with on tour. The instructions were simple “We told Cooper to keep it really fat but to feel free to play around with the other elements, make a nice headphone mix with a lot of movement,” said Ripley, “I wanted it to be floaty because that’s kind of where my headspace was at the time.”

The band’s members collectively share a love of classic rock from the Velvet Underground to Neil Young, as well as more overt love of the San Francisco scene of the 60’s. This commonality in their formative musical years binds them even as they live in different cities. V. finds Wooden Shjips embracing the emotions behind those sounds; peaceful defiance and opposition, while creating a sound and counter narrative to today’s hostilities that is wholly their own. Wooden Shjips has with V. created the most concise, laid back songs of their career. Their music is a balm of sorts, a respite from the insanity that, through its regenerative abilities, empowers continued, calm resistance. A reminder of the simple power of peace and beauty. Wooden Shjips, through V., have demonstrated the power of beauty and the power in creating it even while experiencing overwhelming dread. It is the perfect summer album, brimming with optimism and a peaceful energy, aptly timed for release at the height of spring. 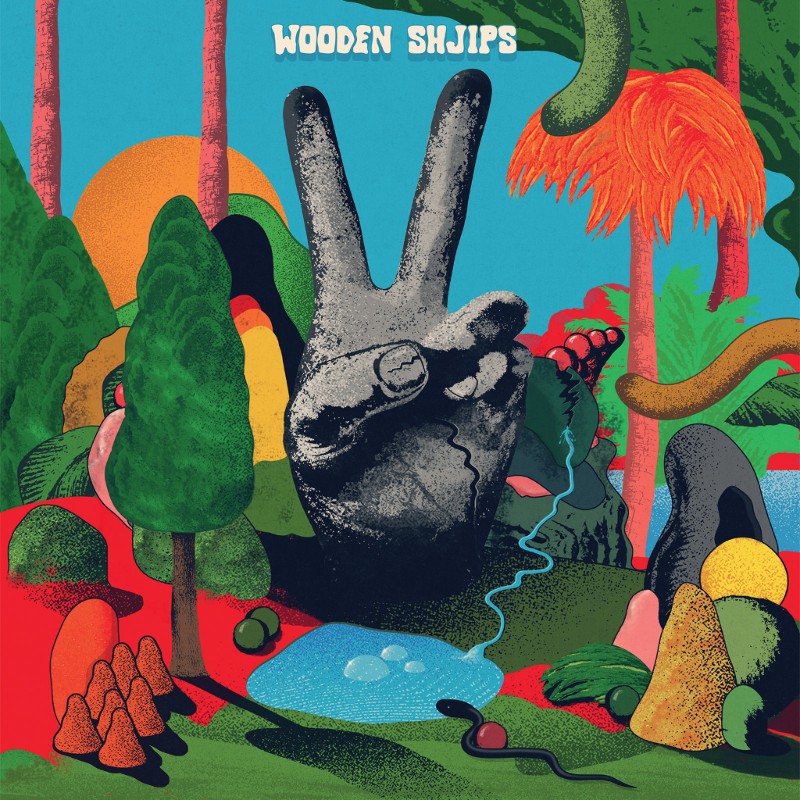