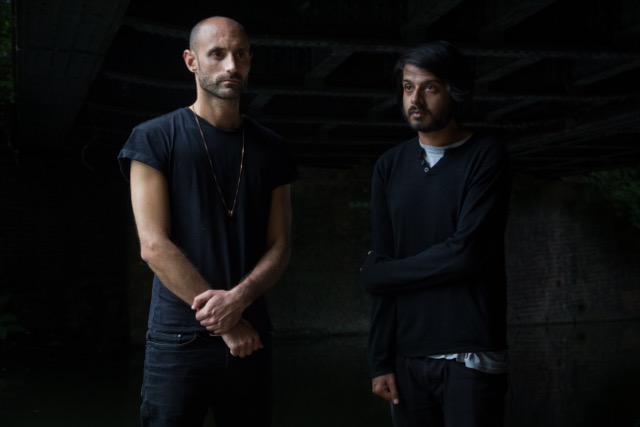 South London duo VLMV have shared new single ‘If Only I’ ahead of the release of their debut album ‘Stranded, Not Lost’ on February 16th, the follow up to their 2016 mini-album which garnered the self-proclaimed “ambient-ish, post-something” outfit praise from the likes of Lauren Laverne, The Independent, Killing Moon, London in Stereo and more.

These previous releases have earned the band tours with post-rock stalwarts Nordic Giants and New Zealand trio Jakob as well as performances at festivals across Europe where their live show, a blend of the delicate, emotional vocals of Keaton Henson, the compositional beauty of Olafur Arnalds and a touch of the crashing and climactic soundscapes of Sigur Ros & Explosions In The Sky have wowed and hushed audiences all over the continent.

The band, up until recently, known as ALMA (until several cases of mistaken identity with the BBC Sound of 2018 nominee necessitated a branding rethink) have announced their new album ‘Stranded, Not Lost’ is to be released on Fierce Panda on the 16th February 2018. A collection of 10 new compositions from the band that perfectly recaptures the fragile, fragrant essence of their esteemed debut ‘ALMA’ album which hoovered up comparisons to fellow explorers Sigur Ros, Patrick Watson and Explosions in The Sky.

‘Stranded, Not Lost’ is a gorgeous and moving record replete with the kind of brooding, ambient soundscapes, soaring vocals and crashing intensity that have earned the band a small legion of dedicated fans and a fearsome live reputation.

The band, which was formed in 2015 by songwriter Pete Lambrou have been described as sounding like “the background music to an ambient explosion in space”, which is perhaps unsurprising when one considers that as mainstay of Codes in The Clouds and Monsters Build Mean Robots Lambrou’s gently cosmic post-rock provenance is impeccable.

Joined by fellow Code In The Cloudser Ciaran Morahan, VLMV deploy a loop station, multiple delay pedals, a piano and strings to create a slow-moving, high-flying soundscape of luscious gravitas.

When asked about the new album, VLMV’s Pete Lambrou said: “Stranded, Not Lost is the first album I’ve written as a whole album, and not just songs that are pieced together to form a sort of best of after a certain period. I built a retreat studio in the basement of my house and buried myself there for a while. I wanted to keep this spatial feel that our previous album had, but create something more intimate. Thematically it’s a very inward album, which I haven’t really done for a long time. I think you can really hear the isolation in there. It’s personal, lonely and regretful.”

The band have also announced a set of UK & EU Tour dates in support of the album: