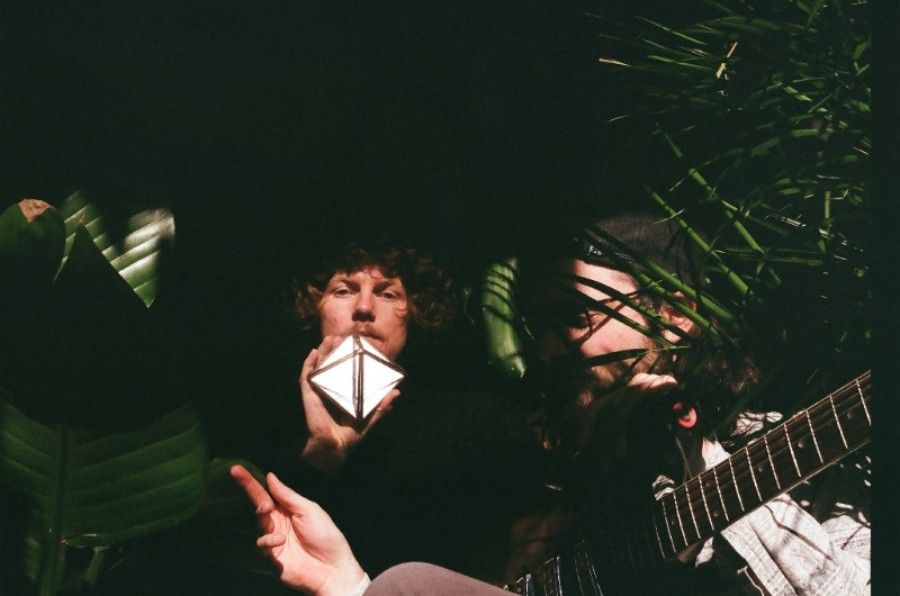 “eases its way through the speakers, unpretentious, unhurried and unwilling to yield to anything remotely status quo” – PopMatters

“swirling, hazy electronic funk, and are equal parts krautrock and psych” – The Guardian

“Expansive psych with a percussive tick, the music flits between dreamy textures and afrobeat frenzy.” – Clash

Sea Moya shares their new single “New Past” via PopMatters. You can check it out here, and stay tuned for more new music coming later this year.

The band has a few upcoming tour dates, including in Austin for SXSW, and in NYC as part of Indie Shuffle’s upcoming showcase. Check out the dates below:

Upon first listen, the varied soundscapes produced by Sea Moya enchant as much as they confound. Leading us into a lysergic haze of electronic funk, the band combines twisted vocal harmonies with playful experimentation and kraut rhythms to the most thrilling effect. Filtering analogue instrumentation through tape saturation, modular systems and a vast array of effect pedals, this psychedelic beat outfit reshapes and cuts up their original ideas, thus producing a distinctive sound that remains human after all. Unlike the commercially driven pop music of now, their sound is inhabited by a strong DIY sense, which is reflected in their unique artworks and captivating videos. Moving their center of life from Germany to Canada in recent months, Sea Moya is currently preparing a 2018 release of their debut album. After a string of singles released to critical acclaim by the likes of The Guardian, Clash Magazine and BBC Radio, the future looks bright for these young luminaries.

Sea Moya was formed in summer 2014 in between shipping containers in a german harbor. We currently perform live with Tilman Ruetz (Drums), Elias Foerster (Bass) and David Schnitzler (Vocals) using a whole lot of synthesizers.