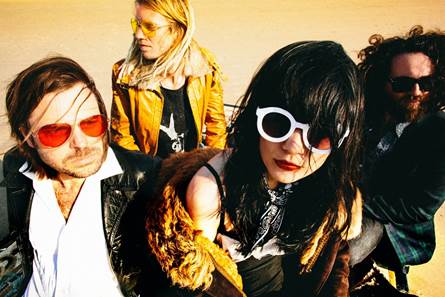 Saint Agnes kick out the jams with a fervour and sense of purpose that’s genuinely refreshing by shoving the blues through a mangle of 70s influenced psych and metal and then spewing them out in a multi-coloured spray.” – The Quietus

Saint Agnes in their short history have sold-out headline shows at Hoxton Square Bar & Kitchen, Oslo Hackney and The Sebright Arms. Making their way up and down the country as handpicked supports for LA Witch and Death Valley Girls and a packed out headline run through Europe.

The band draw their audience in with songs of love and betrayal and electrify with their fuzzed out, hook-laden, desert stomp. In the eye of this sonic storm Saint Agnes create a world entirely of their own and all who witness it are left believing every word.