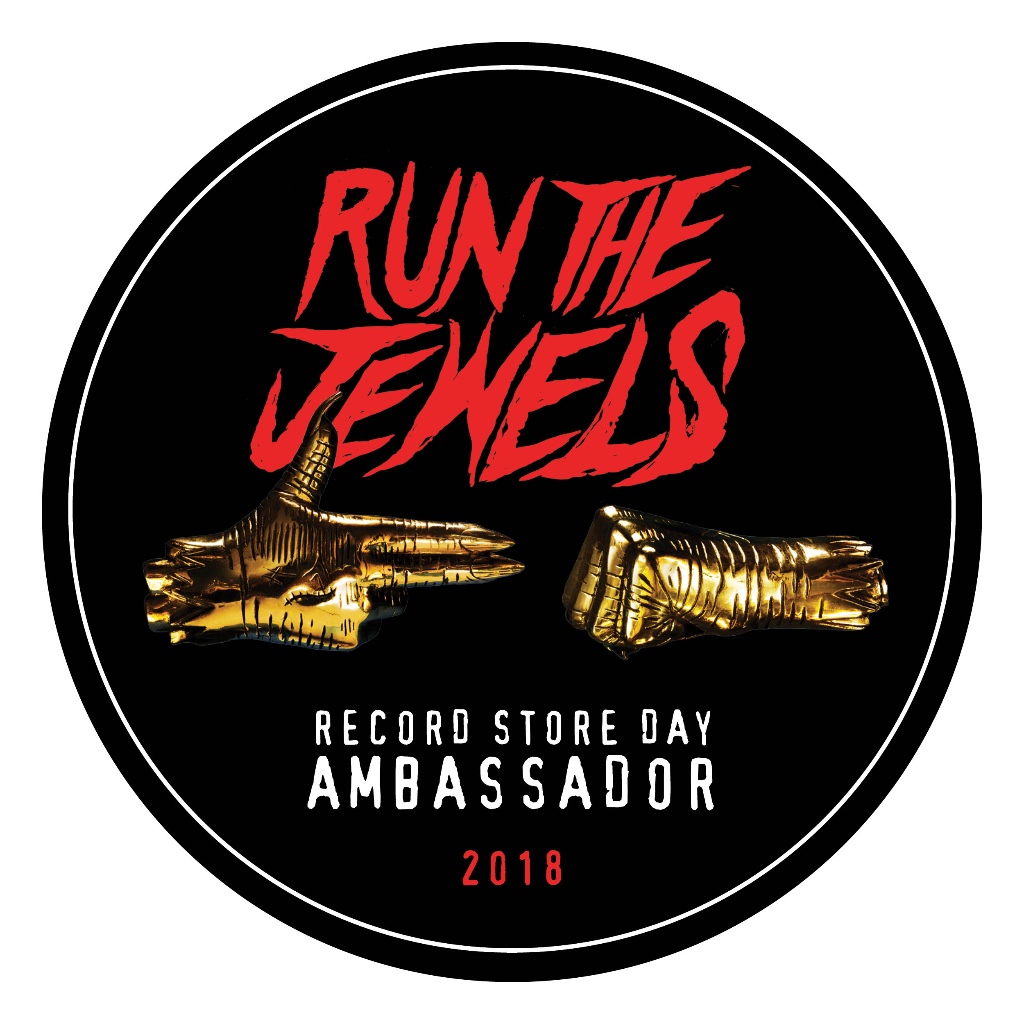 EXCLUSIVE ANNOUNCEMENT MADE  ON

The list of musicians who have taken up the duties of Record Store Day Ambassador has grown impressively long over the past decade, boasting such music makers as Metallica, Iggy, Ozzy, Jack White, Chuck D, and St. Vincent, just to name a few. This year’s appointment to the lineage does not disappoint…

Today, one half of Run The Jewels, rapper/producer EL-P jumped in with Record Store Day’sMichael Kurtz and Rick Johnson to announce the RTJ’s ambassadorship on SiriusXM’s “Feedback” show, which airs on their VOLUME channel. SiriusXM‘s VOLUME channel 106 is the first-ever 24/7 talk radio channel dedicated to the discussion of music, and  “Feedback” is the morning live show hosted by Nik Carter and Lori Majewski. The Run The Jewels/SiriusXM broadcast is the first time Record Store Day has ever announced its ambassador on-air.

On-air this morning, EL-P joked when contemplating the string of RSD ambassadors, to-date, “I can’t tell you how proud I am to be the least wealthy Record Store Day Ambassador,” but then in a more momentous tone, he added, “This is a community that I’ve always been a part of, so when I was asked to do it, I said ‘of course!’ I’m honored and it means something to me… I’m really grateful to do this.”

The Run The Jewels/SiriusXM broadcast is the first time Record Store Day has ever announced its ambassador on-air.

Run The Jewels’ Official Ambassador Statement Video hints at a special release for Record Store Day 2018. Check back for more details on RTJ’s RSD release and all the others on the Official List coming very soon!

Their ties to record stores go back even further: “Indie stores fostered my love of Rap. Super Sounds in Atlanta [and Decatur] were my havens as a kid,” says Killer Mike. That’s where I heard new music, argued about our favorite artists and even met some artists there. I lived for the day I was a poster on the wall.”

After meeting in 2011, the duo began working on each other’s albums and touring together. The activity spawned a veritable supergroup of two and Run The Jewels was born. Since 2013, they’ve been in constant motion, producing three critically acclaimed albums, guest spots, collaborations, a remix album of cat sounds, and millions of happy fans packing sold out shows.

I am so excited to have these guys as Ambassador, and it makes so much sense!” says Carrie Colliton, a Record Store Day co-founder. “I’ve seen how hyped up and just flat out joyous people get when they’re around, at in-stores or at live shows. HUGE crowds of all kinds of different people, with diverse musical backgrounds coming together for Run The Jewels,  and I can’t help but think that it’s just like hanging out at a record store–nobody’s musical tastes are the same but there’s something there to bring them all together.”

Record Store Day, the organization, is managed by the Department of Record Stores and is organized in partnership with the Alliance of Independent Media Stores (AIMS), the Coalition of Independent Music Stores (CIMS) and promotes independent record stores year-round with events, special releases and other fun things.

Record Store Day, the global celebration of the culture of the record store, takes place annually in April.