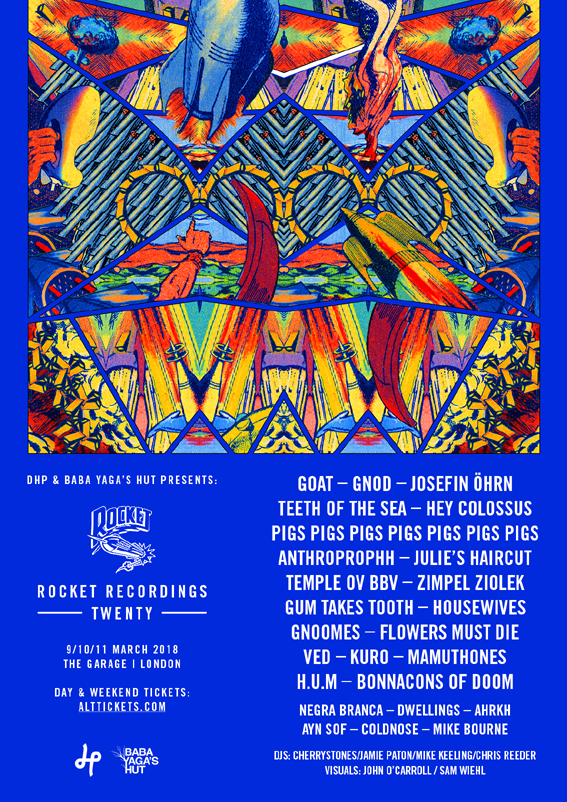 Rocket Recordings turn 20 this year and to celebrate they are throwing a massive party with most of their incredible roster playing.

Rocket Recordings Twenty is being held at The Garage, London on 9, 10, 11 March.
Weekend and day tickets are available from here: alttickets.com/rocket-recordings-twenty-tickets

This will be Goat’s ONLY club show this year, and it will be one of their smallest ever stages they have appeared on. So for a chance to see them in a rare intimate venue, we advise you to buy tickets before they sell out.

The event will also be the first ever UK show by the amazing Polish duo Zimpel Ziolek, who’s debut album last year was The Quietus’s No.2 album of the Year’.

Saturday’s line-up starts with a rare appearance of Temple Ov BBV, the collaboration between Gnod and Radar Men from the Moon. This show, only their 4th performance could well be their last ever live outing for the project.