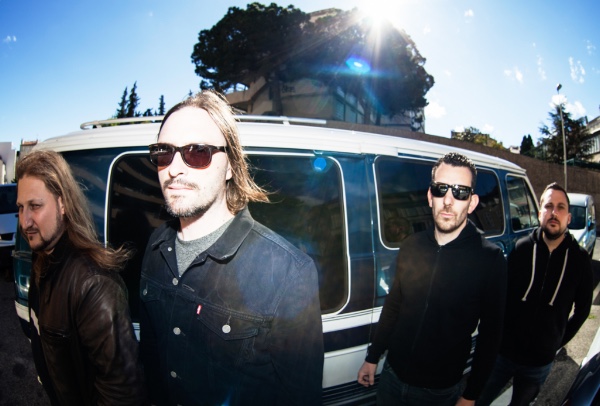 Join Hate, the latest album by Rescue Rangers is out now on F200 Records

Following on from the release of their explosive new album Join Hate last year on F200 Records, French rockers Rescue Rangers are thrilled to present their brand-new video for one of the album’s biggest and best-loved tracks, ‘Moped Synch’.

“It just seemed like a great song to make a video for,” explains lead singer and guitarist Pascal Mascheroni. “A cool riff and hardcore vibe, nice chorus à la Stooges. We went for black and white to match the rawness of the music, and close shots to convey energy, rhythm as well as a claustrophobic feel.”

Since their formation in 2007, for Mascheroni, every day since has only served to heighten and advance his near talismanic-like qualities as a songwriter. A long-serving student and practitioner of classic rock, stoner metal and hardcore punk, after performing at a local show in Marseilles with desert rock nonconformist Nick Oliveri, the band was later invited to join Mondo Generator on tour across North America. Deep in the middle of writing and recording new material at the time, Mascheroni duly obliged and in return asked Oliveri – forever the stoic campaigner of high octane rock’n’roll – to lend his vocals to the song ‘Creeper, The One Who Creeps,’ on Rescue Ranger’s brilliant 2012 album, Manitoba.

For Join Hate – the French quartet’s third full-length release – the band recruited another sonic luminary in the form of Page Hamilton from legendary NYC noisemakers Helmet. Ballsy, voluminous and stacked with infinite promise, the album proved to be an out-and-out treat for fans of heavy rock and electrifying song writing, and a true ear-opener for those discovering the band for the very first time.

“New songs are being written and demoed at this very moment. We’re picking things up where we left them with Join Hate, pushing forward. The recording of our new album is set for August, with Page Hamilton still in the producer’s chair… so look out for that!”