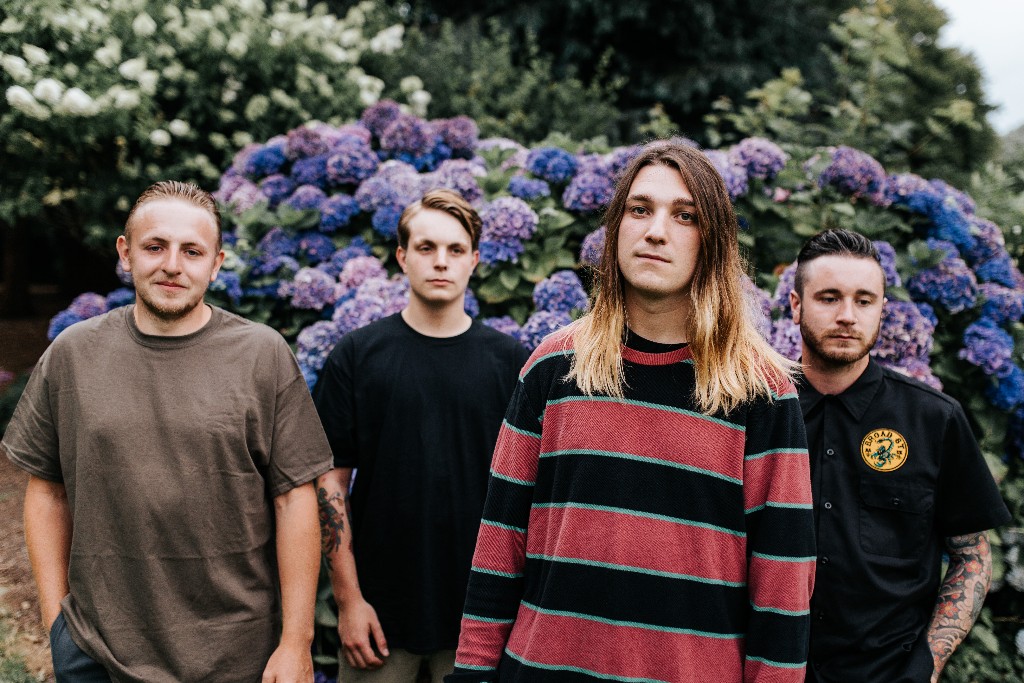 Pushing Daisies to support The World Is A Beautiful Place And I Am No Longer Afraid To Die
11 MAR 2018 – Bristol UK, Thekla
Tickets: http://bit.ly/2CduhqA

Bristol-based emo-rock quartet, Pushing Daisies have released the new single, ‘Picture Frame’. The single comes ahead of a busy spring schedule for the band, with tour dates and a new record to be announced shortly.

Speaking on the new single, vocalist Bert Martinez-Cowles said “It relates to the death of family members and how short life can be. Those unexpected tragedies and illnesses that occur and can really take effect on how people perceive life and the effects it has on the people who were closest to them.”

Pushing Daisies will play a special hometown show, supporting The World Is A Beautiful Place And I Am No Longer Afraid To Die on Sunday 11th March at The Thekla, Bristol. Tickets are available here: http://bit.ly/2CduhqA

Pushing Daisies formed in 2014 out of the cultural hotbed of Bristol city. Having seen out their initial teething problems and member changes the new material follows on from 2016’s ‘Stay Sad’ EP, which was released through Homebird Records.

Off the back of ‘Stay Sad’ the band took to the road throughout the UK, touring extensively with Dearist, Branch To Root, Beaumont, Better Than Never and Splitsville – Building a responsive underground fanbase all over the isle. Coupling this with support slots with As It Is, Pity Sex, The Hotelier and Foxing, as well as appearances at Hit The Deck and Dot To Dot Festivals, the band have solidified themselves as ones to watch for 2018.

“Shows, this past year have been awesome.” continues Martinez-Cowles. “Fans are coming out and wearing our merch and singing our songs back to us. It’s more than we ever expected.”

Having taken their time whilst writing, the band separated themselves from their new material, giving themselves chance to reflect on it in a way they hadn’t had before. The outcome is strong, mature musicianship, that presents what Pushing Daisies is all about in the clearest way possible.